'Clipse' duo Pusha T, No Malice reunite for Pharrell Williams' Something in the Water festival 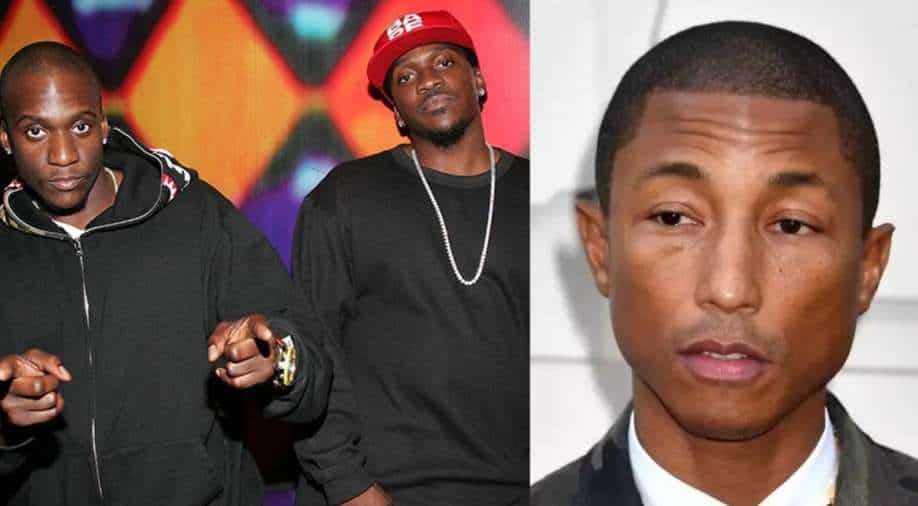 Pusha and Malice began their careers together in 1992.

‘Clipse’, the brother duo of Pusha T and No Malice, reunited on the stage of Pharrell Williams’ ‘Something in the Water’ festival on Saturday night in Washington, D.C. Prior to this, the duo had performed in 2010, just after the release of their final album, ‘Til The Casket Drops.’ As per Variety, just as Justin Timberlake was exiting the stage after singing hits like ‘My Love’ with T.I. and ‘Sexy Back,’ as well as the Neptunes-directed ‘Senorita’ and ‘Rock Your Body,’ the crooner invited the reunited duo to deliver their guest verse on ‘Like I Love You.’

Clipse remained onstage, opening their set with ‘Mr. Me Too,’ followed by ‘What Happened to That Boy,’ ‘Cot Damn’ and concluding with ‘Grindin.’

Pusha and Malice began their careers together in 1992, performing together for 18 years, and announced their separation in 2010 during their last live performance as a duo. However, in recent years they have reunited more or less informally. They appeared on "Use This Gospel" as part of Kanye West’s 2019 album ‘Jesus is King,’ and most recently on ‘Punch Bowl’ produced by Nigo Neptunes.

Clipse’s 18-minute set was a part of the Pharrell & Phriends segment of the night, which also included appearances by T.I. and N.O.R.E., as per Variety. It's been a busy year for ‘Clipse’ as their 1999 major-label debut album ‘Exclusive Audio Footage' was first released for streaming in early May this year.

In 1999, the pair released a single called ‘The Funeral,’ which was not known to have had an impact on the charts, led Elektra to put the project on hold and shortly afterwards lifted Clipse from the contract.

Nevertheless, bootleg copies of ‘Exclusive Audio Footage’ were sold and distributed for years afterwards. The 20-track album, which was entirely produced by The Neptunes, features collaborations from N.O.R.E., Kelis, and Kurupt.

Not long after their Elektra deal crumbled, Pharrell signed Clipse to Artista Records via Star Trak Entertainment in 2001, reports Variety. Pusha-T also had many solo successes, with his new album ‘It's Almost Dry’ giving the rapper his first ‘No. 1’ on the Billboard 200.