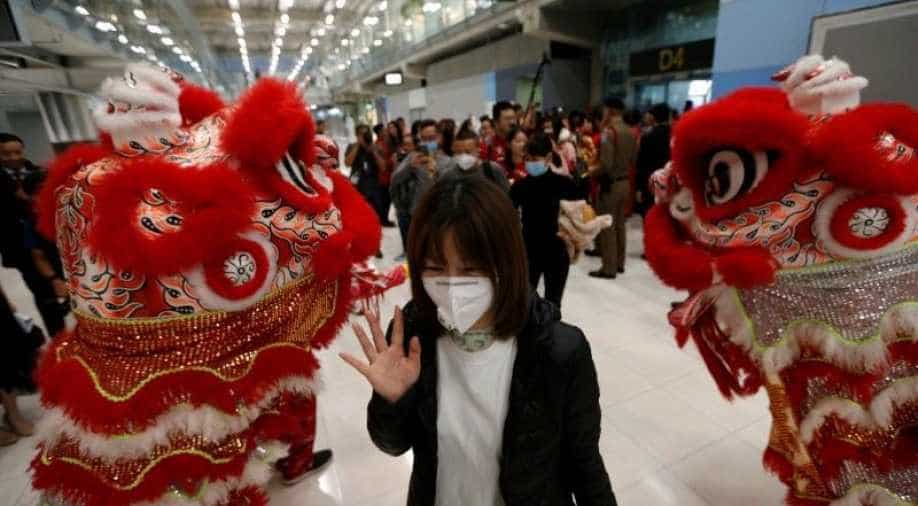 Traditionally, hundreds of millions of people gather around their televisions to watch the CCTV Spring Festival Gala, the first edition was broadcast in 1983.

Chinese state television's traditional Lunar New Year extravaganza on Friday paid tribute to the people of Wuhan and to medical staff fighting the coronavirus crisis, urging them on to victory in the battle to defeat the outbreak.

Traditionally, hundreds of millions of people gather around their televisions to watch the CCTV Spring Festival Gala, a more than four-hour showcase of skits, music and dance that has been a TV staple since the first edition was broadcast in 1983.

This year an extra segment was added at the last minute to what is normally a carefully planned show, slotted in early in the broadcast.

The hosts offered their best wishes to medical staff on the frontlines and to the people of Wuhan.

"We will definitely be victorious!" the hosts announced in unison.

After a montage showing doctors and nurses in their hospitals donning protective gear and hard at work looking after their patients, the hosts read out further exhortations.

Bai Yansong, one of state television's best-known anchors, told the gala the virus segment had been prepared very shortly before the actual show.

"Remember that we love you, not just today but every day in the future," Bai said as the camera cut to an audience member with tears streaming down her face.

"There is no predicament we cannot get over," Kang said, to stirring music against a backdrop of more scenes of medical workers in protective bodysuits.

The Lunar New Year, which officially starts on Saturday, is the only holiday of the year for many Chinese. But this year's celebrations for the Year of the Rat have been overshadowed by the virus outbreak, which has killed at least 26 people, almost all of them in Wuhan.