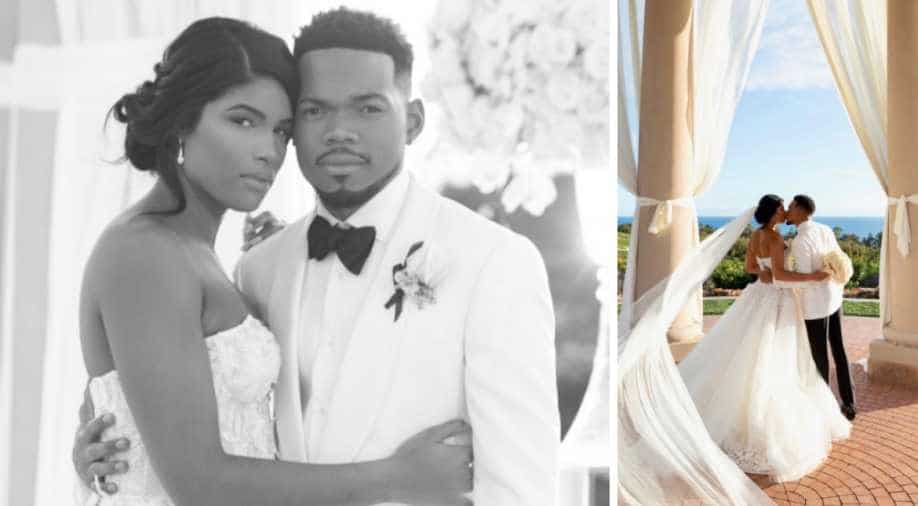 The rapper took to social media on Monday to share with the world “The Bennetts” as he captioned the post.

In a piece of happy news from the Hollywood circuit, Chance the Rapper got married to his longtime girlfriend Kirsten Corley over the weekend in a fairytale-like setup.

The rapper took to social media on Monday to share with the world “The Bennetts” as he captioned the post.

In pictures, Kirsten wore a strapless Galia Lahav ball gown with minimal or nude makeup for the wedding. Chance kept it cool in a white tuxedo with black bow-tie as they posed and shared their intimate moments with those close to them.

In one, Chance holds their 3-year-old daughter Kensli inside the grand ballroom, which was decorated with artistically decorated fabric and tall white rose centrepieces.

The wedding took place at the Pelican Hill resort in Newport Beach, Calif.

Among those invited were Dave Chappelle, Kim Kardashian and Kanye West.

According to reports, the two had gotten married in a civil ceremony back in December but threw an official ceremony just now.

As reported by E!, a source said: "It was a romantic ceremony and a string quartet played as they entered. In the middle of the ceremony, their little daughter Kensli ran up and Chance picked her up and held her. It was very sweet and loving to watch."