'Call me stupid but I believe I can change' fashion giant, says Stella McCartney 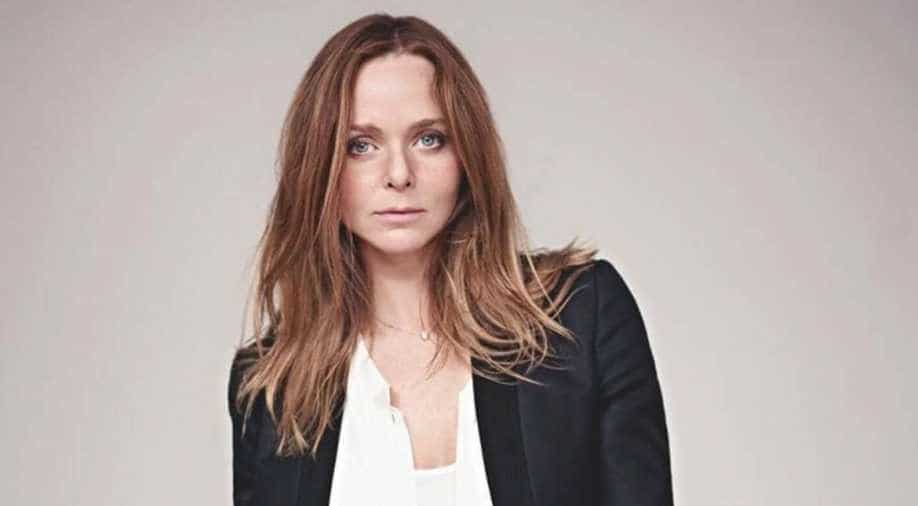 Stella McCartney pledged Monday to try to change the world's biggest luxury fashion group from within after LVMH took a stake in her label, one of the most sustainable in the world.

Stella McCartney pledged Monday to try to change the world's biggest luxury fashion group from within after LVMH took a stake in her label, one of the most sustainable in the world.

The British designer made a spirited defense of her decision to become "personal sustainability adviser" to LVMH owner Bernard Arnault, who regularly swaps places with Amazon boss Jeff Bezos at the top of the list of the world's richest men.

"My mum (the late animal rights activist Linda McCartney) used to say infiltrate from within," McCartney told AFP hours before her Paris fashion week show, which featured lots of vegan leather and a menagerie of furry-costumed animals who skins are used in fashion.

And she batted away fears that Arnault was using her for window dressing after he dismissed teenage Swedish activist Greta Thunberg as not "offering anything other than criticism".

"Call me stupid. I hope I am right," McCartney said, after inviting Christiana Figueres, the former UN climate chief who was engineered the Paris agreement, to meet a group of fashion movers and shakers on the eve of her show.

"I choose to believe that I can make change, that I can show them a great example of a different way of doing business," McCartney said.

"If my business is healthy -- which I need it to be to shout to them that this can be the future of fashion -- then I believe they are not going to sit back and ignore me," she added.

LVMH "saw the quality of products I was making and they compared it to the quality being made by all the other brands that are killing millions of animals and the environment, and they said, 'Hey this looks the same,'" McCartney said.

But the designer -- the daughter of Beatle Paul McCartney -- did not defend LVHM's decision not to sign the "Fashion Pact" on fighting climate change at the G7 summit in France last year, which was championed by its main rival, Kering.

LVMH, whose huge stable of labels includes Dior, Louis Vuitton and Givenchy, is seen as lagging behind Kering, which owned half of McCartney's brand until she bought them out last year.

"I think it sends out a huge positive message that Mr Arnault has invested in a house that is this sustainable and has this kind of conversation the night before its show.

"He is not here telling me I can't do this. He is fully behind it," McCartney insisted.

"I am his personal adviser on sustainability... and I am hugely passionate about it. I am not going to let it go. We will see what I can do, but my intention is to do something.

Asked if getting into bed with Arnault -- once dubbed "the wolf in a cashmere coat" -- wasn't risky for her brand, McCartney hit back that she "might have a few fleas myself -- but they are good ones that I am taking into another dog house.

"I also showed them a business model that was healthy and was making change and that was accepted and that was beautiful," she added.

The British creator has built up a formidable reputation for producing classy and wearable clothes that are ethically produced, pioneering recycled wool and new vegan materials to replace leather and fur.

The climate message has been omnipresent in Paris fashion week LVMH brand Dior festooning its show with neon slogans such as "Patriarchy = CO2" and "Patriarchy = climate emergency" that might make uncomfortable reading for its owner.