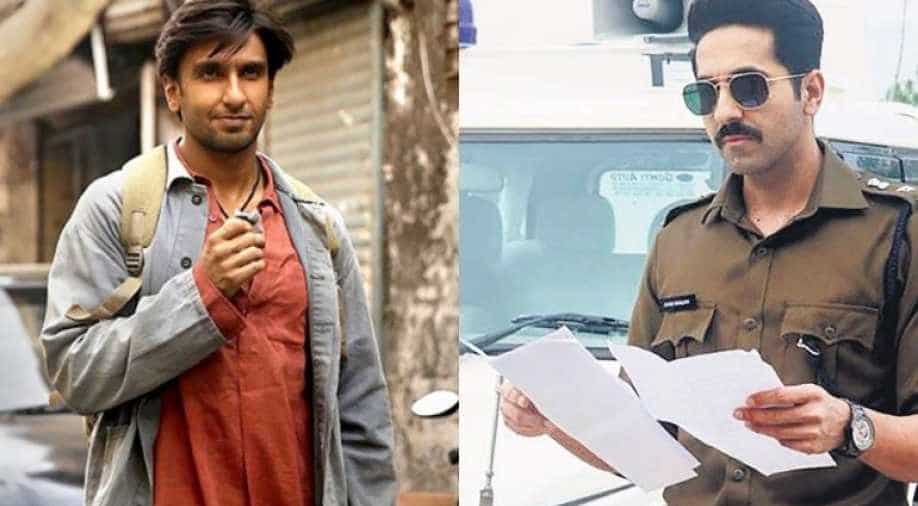 'Gully Boy' took home 13 awards at the Filmfare Awards, something that irked the social media users.

It was a big night for 'Gully Boy' director and cast as the film made history by taking home the maximum number of awards -- total of 13.

While many users were happy with the awards, some users shared that they were disappointed as no award recognised films like 'Manikarnika', 'Kesari' and other such films. The woman to lead the charge was Kangana Ranaut's sister Rangoli Chandel who is known for being vocal on social media. Soon after the awards were announced, she took to Twitter to write, "When a movie like Chichore original idea original screenplay trying to give justice to voiceless children gets no acknowledgement we live in a deeply rooted nepotistic world, it’s gross .."

And then tweeted, "Alia got award for her mediocre performance last year, she has a long way to go but still she was in the lead role, how do you get lead role award in a supporting role is beyond me ..😁"

Congratulations to the greatest talents ever born, natural actor off screen, playing Cinderella step sisters to perfection, congratulations to both of you and your clan for doing it with a straight face 😂 ⁦@aliaa08⁩ ⁦@ananyapandayy⁩ pic.twitter.com/uZwqDtEORP

Others too joined her and trended #BoycottFilmfare, upset that their favourite films didn't get any recognition but only 'Gully Boy'.

Cannot digest the fact that both of these performances were ignored over Ranveer's performance in 8 Mile rip-off #BoycottFilmfareAwards pic.twitter.com/VDYihrAWzy

The 65th Filmfare Awards took place in Guwahati, Assam. It was a star-studded night, even though major stars like Salman Khan, Shah Rukh Khan, Amitabh Bachchan did not make it.