Spine-chilling trailer of Emraan Hashmi's 'Dybbuk: The Curse is Real' is here! 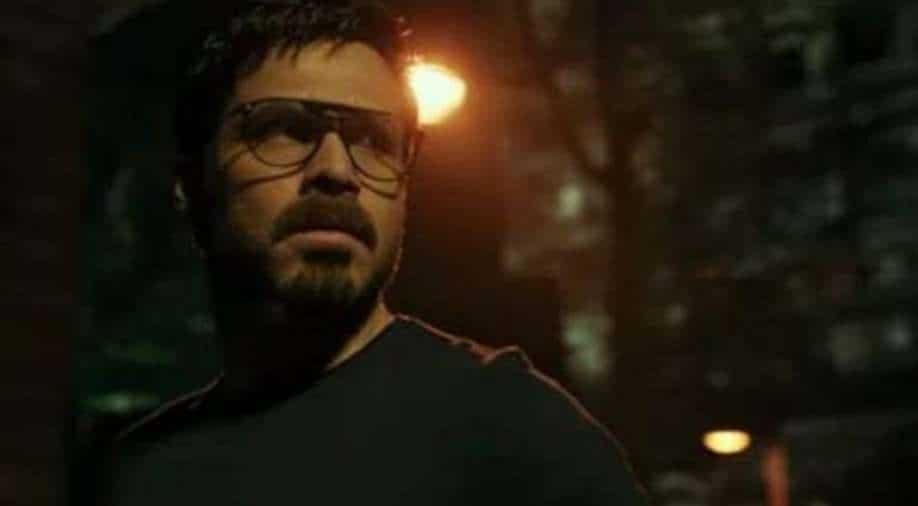 Promising a roller-coaster of suspense, horror, and thrill, Amazon Prime Video has released the trailer of its upcoming original movie- 'Dybbuk: The Curse is Real', starring actors Emraan Hashmi and Nikita Dutta in the lead roles.

Jointly produced by T-series and Panorama Studios, the upcoming Amazon Original Movie Dybbuk is directed by Jay K. and is the official remake of blockbuster Malayalam film 'Ezra'.

With Emraan Hashmi coming back to his favourite genre, he will be seen headlining the film along with Nikita Dutta and Manav Kaul in key roles. Set against the picturesque backdrop of Mauritius, the spooky trailer reveals that the film will chronicle the horrifying incidents that take place on the cursed island. The trailer released on Wednesday gives a glimpse into the life of a couple (Emraan and Nikita) who gets entangled in this quandary when the wife (Nikita) brings home an antique Jewish Box, that turns out to be a Dybbuk box!

What follows next is a series of terrifying events that will keep the audience at the edge of their seats. The nail-biting trailer promises powerful performances by all the actors, enthralling dialogues, horror visuals, and an engaging story.

From powerful background music that complements the pace of the trailer to some intense performances, the trailer features it all, making it safe to say that fans are in for a visual treat.

The movie will also mark Emraan's first digital feature film. Sharing his excitement on the same, the 'Chehre' actor shared, "The film is well-crafted and has quite a few jump-scares with a great storyline. We are bringing this film to our audiences at a time when the scarefest will be in full swing owing to Halloween, and I can`t wait for audiences to enjoy Dybbuk and make it a part of their watchlist for the season."

Also read: Teaser of Prabhas starrer 'Radhe Shyam' to release on this day

Director of the film Jay K further shared that with 'Dybbuk: The Curse is Real', the audiences will witness a pure-play horror film."I can assure you that this film will stay with the audience for a long time. The film`s storyline is gripping and explores a subject that hasn`t been exposed as much. At the heart of the film is the Jewish mythology and culture, the film is designed keeping in mind the authenticity of the culture and the genre," Jay added.`Dybbuk: The Curse is Real` is produced by Bhushan Kumar and Krishan Kumar of T-Series in collaboration with Kumar Mangat Pathak and Abhishek Pathak of Panorama Studios.