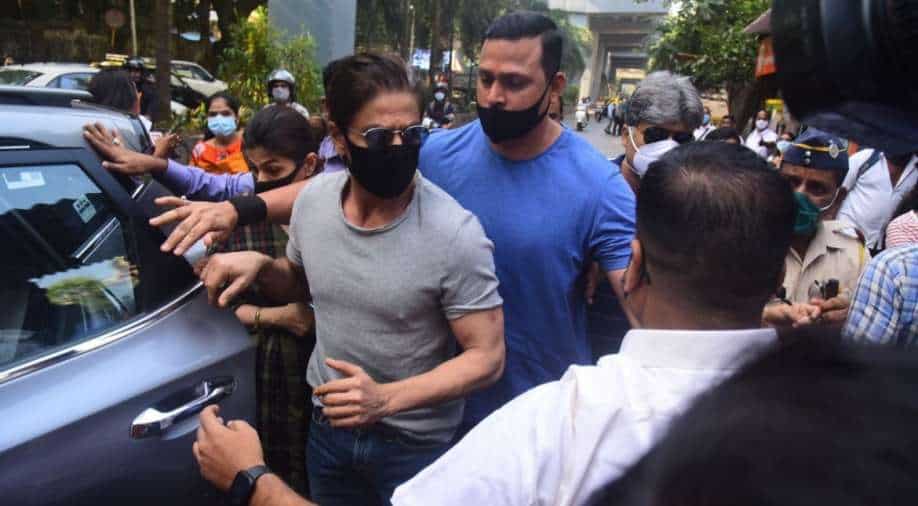 Bollywood superstar Shah Rukh Khan has reached the Arthur Road prison where his son Aryan Khan has been held for nearly three weeks now since his arrest in the Mumbai cruise drugs bust case.

According to reports, Shah Rukh Khan's meeting with Aryan went on for about 16 to 18 minutes in the visitation section. The father and son were separated by a glass partition and spoke over the intercom. Jail authorities were present at the section when Shah Rukh Khan spoke to his son.

On Wednesday, SRK's son Aryan Khan was denied bail yet again after being arrested by the Narcotics Control Bureau (NCB) on October 3 in the Mumbai cruise drugs bust case.
Aryan Khan has approached the Bombay High Court to seek bail in the drugs case, reports confirm.

Also read: K-drama star Kim Seon-ho apologises after ex-girlfriend alleges he forced her for an abortion

The Judge--VV Patil--rejected the bail against Aryan Khan saying there is prima facie evidence against him.

Judge Patil wrote that while Aryan Khan was not found in possession of drugs, Aryan and Arbaaz Merchant (who was also arrested in connection with the same case) are good friends. They travelled together to the International Cruise Terminal on October 2 and in their voluntary statement, spoke about the drugs, which implies that Aryan knew about the contraband, state multiple reports.

On Wednesday, all three bail pleas by the aforementioned parties were rejected. They are currently in judicial custody.

Also read: Teaser of Prabhas starrer 'Radhe Shyam' to release on this day