Paglait: Sanya Malhotra unveils the teaser of the film on her birthday 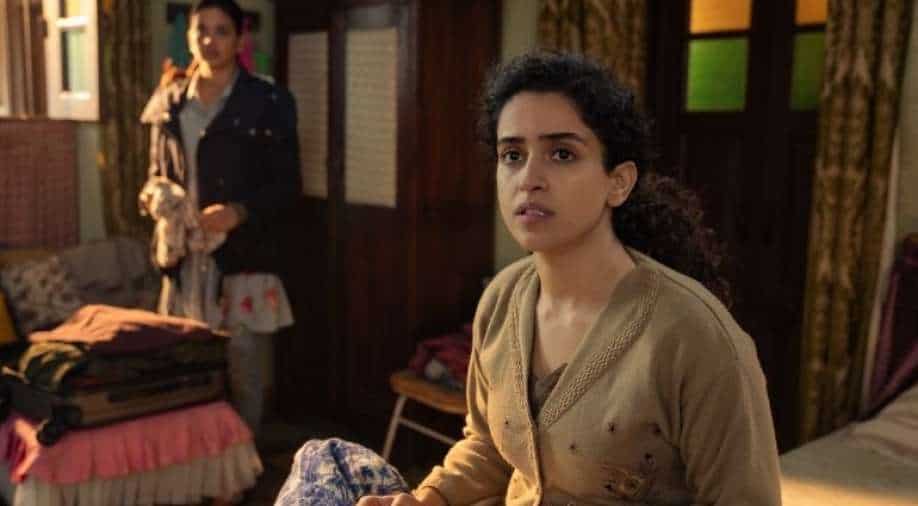 Sanya Malhotra in 'Paglait'. Via Netflix Photograph:( Others )

A Netflix film, 'Paglait' has been directed and written by Umesh Bist. The story is an emotional journey with a true-to-life portrayal of a typical Indian middle-class family navigating a crisis.

Sanya Malhotra plays a woman who seems to have no remorse as her husband dies in the new film 'Paglait'. The teaser of the film was released on Thursday.

A Netflix film, 'Paglait' has been directed and written by Umesh Bist. The story is an emotional journey with a true-to-life portrayal of a typical Indian middle-class family navigating a crisis.

Malhotra plays the role of the recently widowed Sandhya struggling to mourn the death of her husband.

As events unfold, Sandhya sets onto a path of self-discovery, attempting to find her identity and purpose in life - all this while living amidst the quirky members of her joint family.

Malhotra said she is "thrilled" to announce the film on her birthday.

"I essay the role of Sandhya, a character very different from what I have previously portrayed on-screen. My 'Pagglait' journey was Pagglait indeed - and I can't wait for the world to witness this unique story very soon," the actor said in a statement.

Malhotra was last seen in  Anurag Basu's 'Ludo' which also released on Netflix. She also starred in 'Shakuntala Devi' last year,  which was released digitally on Amazon Prime Video in the wake of the coronavirus-induced shutdown.