Exclusive! Shankar Mahadevan: Shankar-Ehsaan-Loy is like a marriage; it has never come to our minds to split up 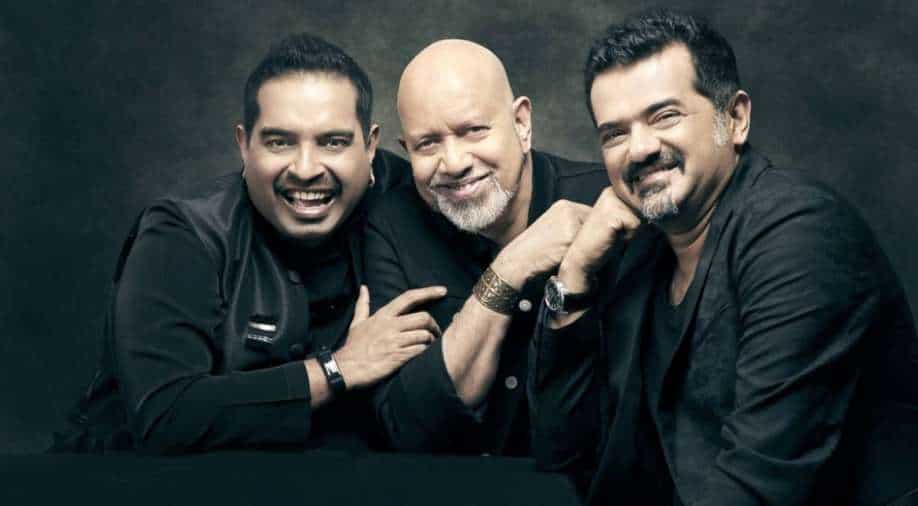 In an exclusive interview with WION, veteran music composer-singer Shankar Mahadevan reminisces the time his wife had nudged him to take up music (and thank goodness for that!), his 'marriage' to band members Ehsaan Noorani and Loy Mendonsa and why he never ever thinks of quitting music.

Multiple National Awards. Part of a steady, sought-after trio in Bollywood. A musical career spanning decades. He has seen the kind of success some only dream of. But, ask Cannes World Film Festival winner Shankar Mahadevan--his biographical documentary 'Decoding Shankar' has won 'best Indian Film' and 'Best Biographical Film' at the recently concluded cinema extravagenza--if he wants to take it slow, and he says, matter-of-factly, "I really, really honestly sincerely feel that I have not even scratched the surface of music." Such is his dedication towards work.

In an exclusive interview with WION, the veteran music composer-singer reminisces the time his wife had nudged him to take up music (and thank goodness for that!), his 'marriage' to band members Ehsaan Noorani and Loy Mendonsa and why he never ever thinks of quitting music.

WION: To win 'Best Indian Film' and 'Best Biographical Film' all at once and on a platform like the Cannes World Film Festival happens very rarely, and is a marvelous achievement in itself. How did you react to the news? Has it sunk in yet?

SHANKAR MAHADEVAN: Yeah, I mean, how can I describe what I'm feeling it is a feeling absolute. I'm feeling absolutely ecstatic and overwhelmed. overjoyed You know, when we made this film, you know, it was it was just, it was just deep TC one's passion and his her dedication to the subject, you know, and I had faith in it and, you know, we just made it but never in our dreams, we thought that, you know, it's gonna win so many awards and get represented in so many festivals. And I don't think that those things were in our mind, especially and, you know, and whatever this film, The success of this film, the kind of recognition that it's got all the awards, all the accolades that this film has got, I owe it to this person, Deepti Sivan, who is who has really, really, really worked hard and, you know, done a lot of research on this. So everything I dedicate to her because I'm just playing. It's about me, I know that but, you know, but all the awards, all the accolades and all the recognition is for DPC one and her team.

WION: If you were to ‘decode’ Shankar—the person—how would you describe him?

SHANKAR MAHADEVAN: Yeah, if I have to decode me, I think I'm a person who doesn't take things very seriously. I believe in peace. Peace is my number one agenda in life. And love is peace and love are two very, very important things. And if you decode me, I would say that anger and ego are two things that I don't believe in. And I think I'm a person who likes to derive big pleasures out of very, very simple things.

Also read: 'Nirvana sued for child pornography by man who appeared in their famous 'Nevermind' cover'

WION: Since we are talking about your life and legacy, what has been the most profound experience that has shaped you as a musician and altered your approach towards life—for better or worse?

SHANKAR MAHADEVAN: Well, being a musician many times, we realize that we are blessed; not all the people around you have the power of music, the magic of music. And when you realize that you really feel so blessed and so happy and you're in gratitude. And I think the people around me have always been so supportive. My wife (Sangeeta Mahadevan), when I was just going around with her, and you know, and I was an engineer, I was a successful engineer. But she's the one who told me that, you know, there may be a million engineers, but I think that there's going to be only one Shankar Mahadevan, and I think moments like these, they have really defined my musical career and they have helped me progress. Man also meeting the correct kind of people in the correct place doing the correct kind of music, and re and that, that music reaching out to the people of the country and all over the world. You know, you got to be really the timing and everything should be so perfect, and I was one of those lucky people to get all those aspects in my life. 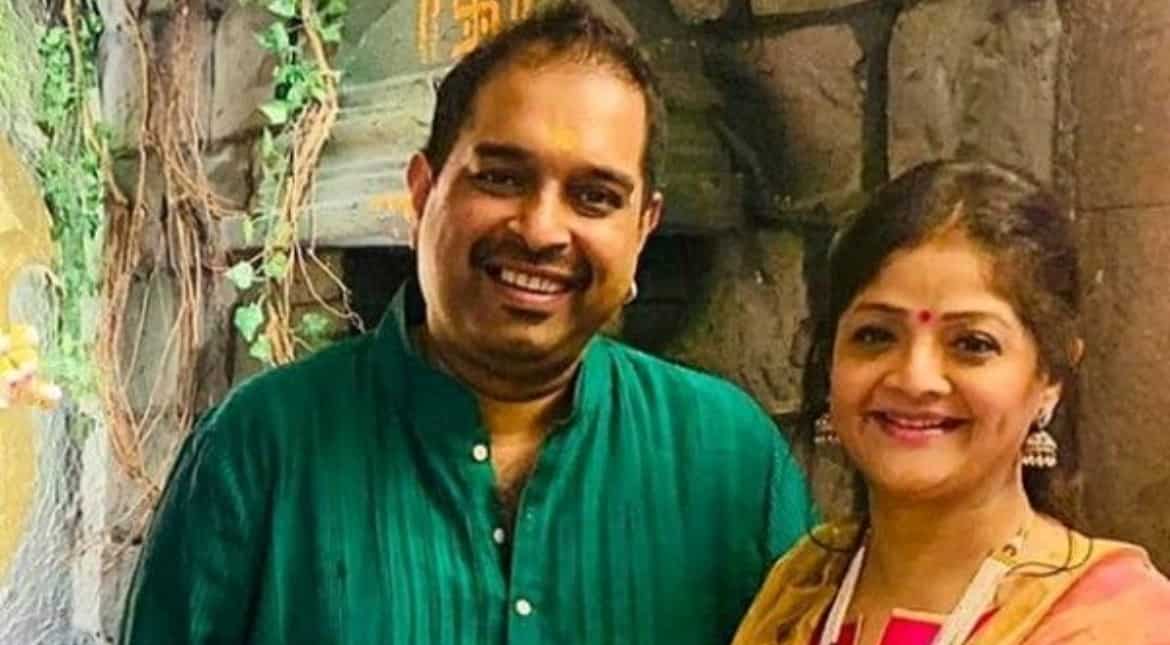 WION: How has Shankar-Ehsaan-Loy, or the ‘Amar Akbar Anthony’ of Bollywood, contributed to the moment leading up to your Cannes win?

SHANKAR MAHADEVAN: Shankar Ehsaan Loy, the trio, it's been a part of my life. And I think it is, it's like a marriage, you know, the way we worked our partnership, our music, how we function, it is like, it's like how marriage functions, you know, we have to work on it on a daily basis. Of course, there are ups and downs and you know, there are emotional disagreements, creative discrepancies, but, but we know, for a fact that all three of us we are looking at the bigger picture, we are looking at the success of the song, the beauty of the song, the the final product that comes out, so, even never in our mind has it ever crossed. That, you know, we have to split up and we have to just, you know, become individual, you know, we can't function as a team anymore, we have never ever thought of that, because we ourselves are very different individuals and have individual, you know, our own lives to handle. But when we come together, it's automatically a team. And, and there's a lot of respect, between the three of us respect as people, and also for creative ideas. And unless you respect the other person's creative idea, I don't think you can, you know, you can go forward in life, and they have been instrumental in a lot of, you know, musical moments in my life, which are so, so, so important. And we have created music that that's going to stay on this planet for a very, very long time. I mean, there are many many songs that these pieces of music are going to stay for a very, very long time and my band have been instrumental in that, so I thank them for that.

Also read: 'The Batman: Matt Reeves wanted to make 'the most emotional Batman ever''

WION: Having worked for so long in the industry and accomplishing almost everything there is to accomplish, where do you stand ambition-wise? Do you still have the hunger to explore new ground or are you content to slow down a bit?

SHANKAR MAHADEVAN: Oh, I've been in the industry for many many years but not for a minute I feel that I have been there and I've done that and I've accomplished so much. And I don't need to do anything more I never ever feel because always that feeling of thirst or hunger of exploring so many things, I really, really honestly sincerely feel that I have not even scratched the surface of music. There is so much more to do and there is so many there are so many possibilities, you know, had I been a little more less lazy, I would have done even more than what I'm doing but I know that you know there are I derive pleasure from other things other than music also like you know, being with family and spending small moments, you know, enjoying the you know, pleasures of just being at home with my children. You know, spending time with my wife and doing in a traveling-around holiday. These are also very, very important (things). Like cooking, these things are very important for me. So, you know, some music I have done music but I I always feel that there is so much more to do and so little time. So you know that hunger is I mean, tremendous amount of hunger is always there. 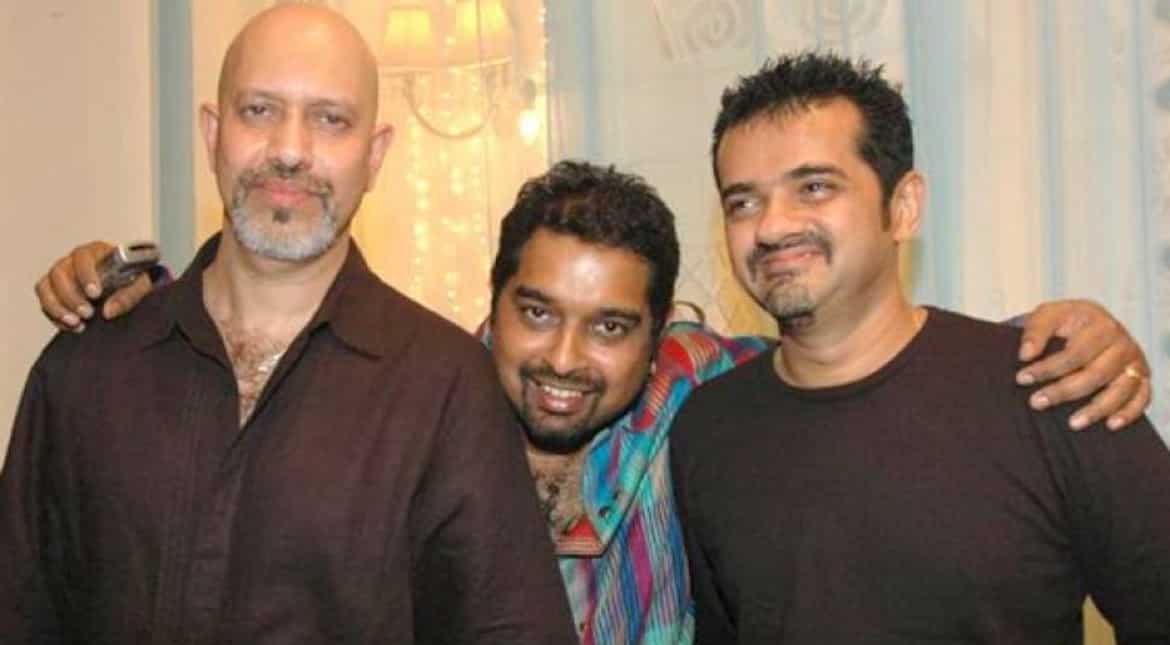