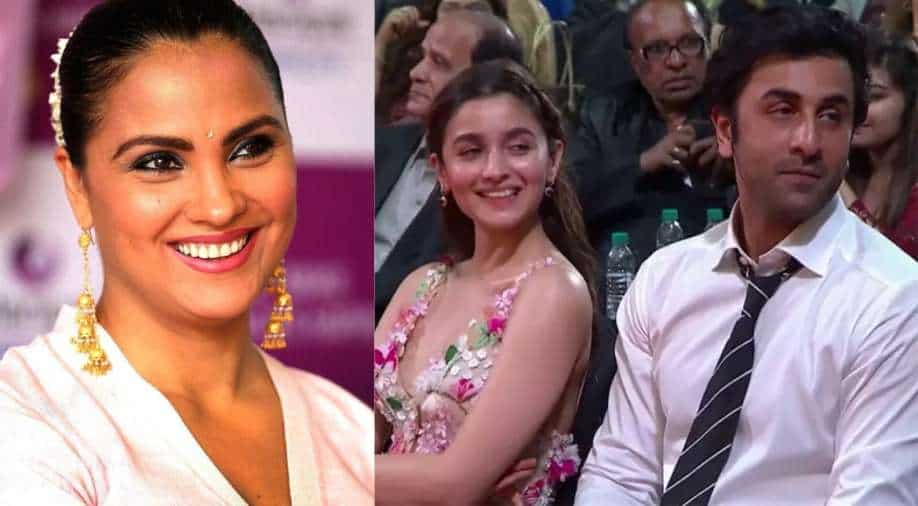 When 'Bell Bottom' actress Lara Dutta was asked about her take on Alia Bhatt and Ranbir Kapoor’s allegedly impending marriage date, Lara said, “I believe that they are getting married this year.”

Actor Lara Dutta, who will be seen essaying the role of former Prime Minister Indira Gandhi in the upcoming film `Bellbottom`, recently gave us a sneak peek into her terrific transformation for the role.

Taking to her Instagram account, Lara had posted a video in which we can see her make-up team changing her look with the help of prosthetics.

"Never had I imagined portraying a personality this pivotal and when I saw how this transformation translated on the screen, everything felt surreal and worth it. Can`t wait for y`all to watch my performance in #BellBottom," she captioned the post.

Now the former Miss Universe (2000) is making headlines for what she had said during the promotion of her aforementioned film.

While talking about ‘Bollywood couple’ rumours that she believes could actually be true, Lara reportedly told a news channel, “I might say something about some couple and I wouldn't even know if they are still together or not. I am an older generation yaar.”

When asked about her take on Alia Bhatt and Ranbir Kapoor’s allegedly impending marriage date, Lara said, “I believe that they are getting married this year.”

Interestingly, Alia Bhatt, too, had posted a picture of herself wearing her boyfriend’s cap and wrote, “When you miss him so you steal his belongings (and make sure you take many selfies).”

On the work front, Alia Bhatt and Ranbir Kapoor will be seen together in Ayan Mukerji's ‘Brahmastra’.

Alia has her hands full with multiple projects: she will next be seen in Sanjay Leela Bhansali's ‘Gangubai Kathiawadi’ and SS Rajamouli's ‘RRR’. She will also star in ‘Darlings’, which she is co-producing as well.

On the other hand, ‘boo’ Ranbir Kapoor will be seen in ‘Samshera’, and has another untitled film with Shraddha Kapoor. The actor will also star in Sandeep Reddy Vanga's ‘Animal’.