Dhamaka: 5 reasons to watch Kartik Aaryan in this game-changer film 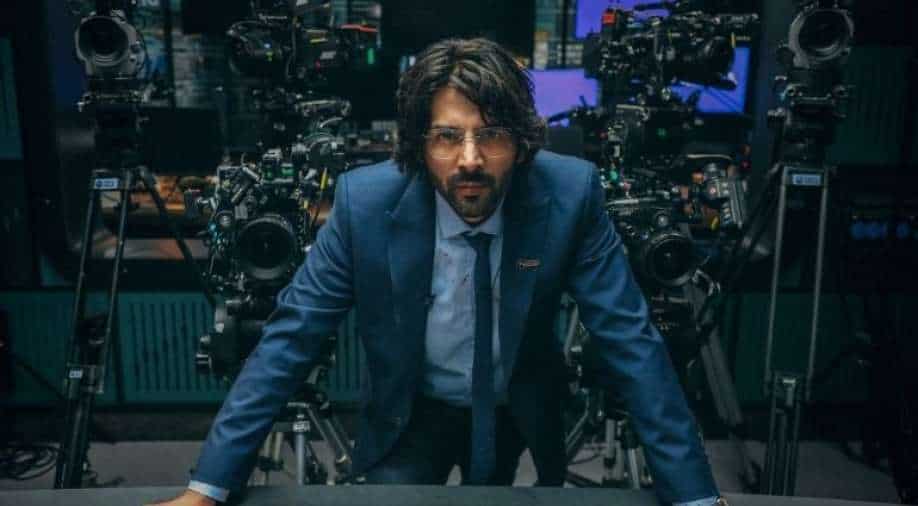 'Dhamaka' is an important film for Kartik Aaryan as he reinvents himself as a serious dramatic actor.

The nation and its favourite armchair critic gets ready for the release of the new Kartik Aaryan starrer 'Dhamaka'  which starts streaming on November 19 on Netflix. The film is important for  Kartik as he reinvents himself as a serious dramatic actor. It is also important for director Ram Madhvani who has scored two back-to-back successes with 'Neerja' and 'Aarya' and is looking for a hat trick.

Subhash  K Jha gives you 5 reasons why 'Dhamaka' is expected to create a dhamaka.

1) 'Dhamaka' is a game-changer for cinema on the relationship between the media and the common people. No other film in India in recent times has shown how blatantly the electronic media sells itself for TRPs at the cost of life, values and humanity. The mayhem that TRP-centric journalism causes at the end of Dhamaka will shake you in the way Guru Dutt did when he sang 'Yeh duniya agar mil bhi jaaye toh kya hai' in 'Pyasa'.

2) Dhamaka is a game-changer for  Kartik Aaryan. After featuring in a succession of lightweight comedies, he is in full dramatic form here,  giving to the role of the social-climbing journalist a kind of moral heft that instantly places him above the competition. Watch him in key sequences. While negotiating with the terrorist who threatens to blow up the Sea Link in Mumbai, Kartik’s Arjun Pathak actually changes in front of our eyes. It’s a performance that the actor Ha Jung-woo from the original Korean Film 'The Terror Live' would happily acknowledge as far more layered and reverberant.

3)  It’s a game-changer for all  Hindi remakes from foreign sources. Rather than copy blindly from the original director Ram Madhvani has taken the core theme—a self-serving television journalist negotiating with a  terrorist—and moved much further ahead, exploring how social inequality and a damaged sense of justice can be lethal to society.

4) It's a game-changer for  Indian cinema’s uneasy relationship with the theme of terrorism and terror attacks. What happens when the common man is pushed to uncommon depths of despair? Neeraj Pandey explored the explosive theme in A Wednesday. 'Dhamaka' is the baap of all terror-centric cinema in India.'Dhamaka' makes you wonder: Abb terror ka kya hoga, Kalia?

5) It’s a game-changer for Netflix. So far their repertoire of original feature films in Hindi has been of middling impact. Dhamaka will instantly create what it promises a dhamaka.