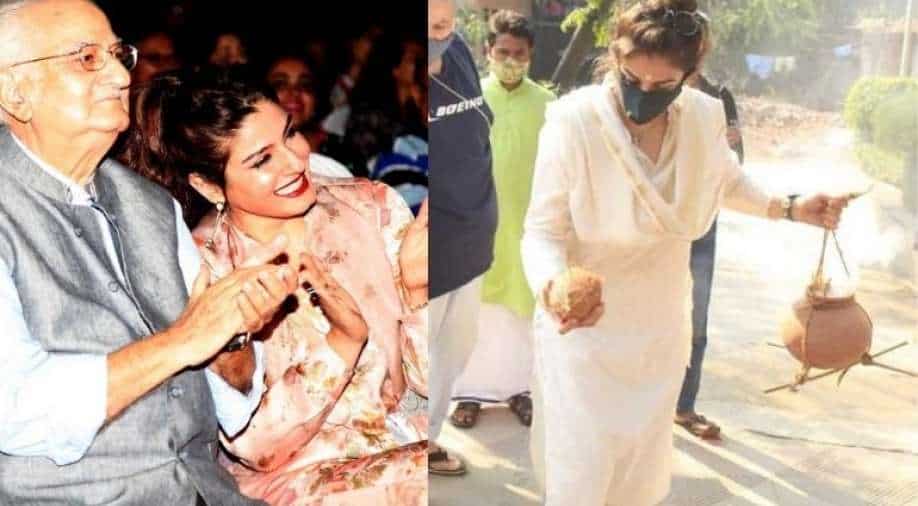 Raveena shared the news on her Instagram handle with a heartfelt post for him.  “You will always walk with me, I will always be you, I’m never letting go. Love you papa,” she wrote.

In another post, she wrote, "My beloved father returned to his heavenly abode this morning. He was a pillar of strength for my family and me. As we go through this tough time, we are grateful for your condolences, warmth and support. Om Shanti."

The videos of her performing last rites are all over the internet, showing the actress carrying an earthen pot, which is broken during the cremation ritual as per the Hindu religion.

In Hinduism, the last rites are performed by the eldest son of the deceased or male surviving member of the family, and women are exempted from performing the last rites. This rule has been a source of controversy for centuries, but breaking patriarchal norms Raveena performed the ceremony as the firstborn.

The actress was accompanied by her brother Rajiv Tandon and husband Anil Thadani.

The funeral was attended by several members of the film fraternity.