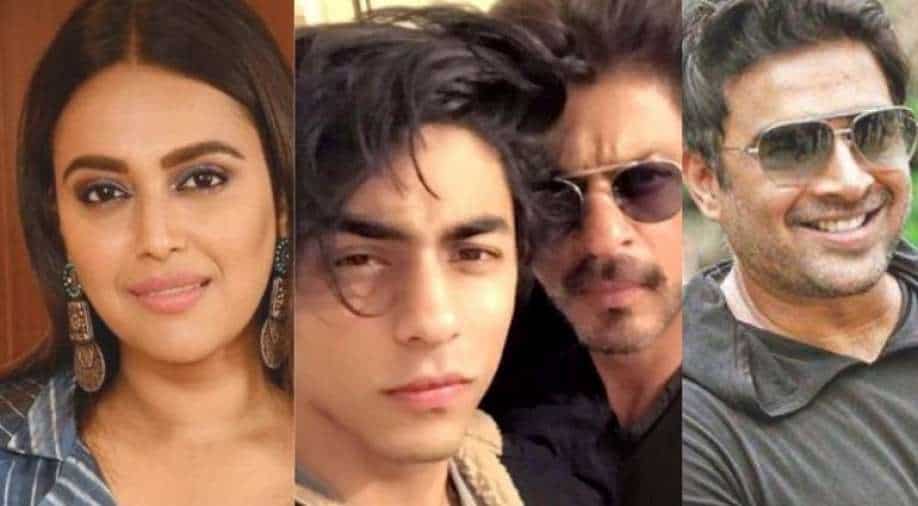 On Wednesday, Shah Rukh Khan's son Aryan Khan was denied bail yet again after being arrested by the Narcotics Control Bureau (NCB) on October 3.

Following the Mumbai drug-bust case, in which his son Aryan Khan was arrested and has since been in Arthur Road prison, a team of Narcotics Control Bureau (NCB) officials reached Shah Rukh Khan's residence 'Mannat' in Bandra on Thursday.

Reportedly, NCB officials arrived at the gates of Shah Rukh Khan's residence late Thursday afternoon and were seen with documents in their hands as they arrived to conduct a search operation, reports claim. The raid comes hours after Shah Rukh visited Arthur Road prison where his son Aryan Khan has been held for nearly three weeks now.

As per reports, another team was spotted heading to actress Ananya Panday's home around the same time and has reportedly launched a raid at Panday's Mumbai home.

Sources in the NCB said that her name has been under the scanner for a few days now and the central agency on Wednesday submitted chat messages of Aryan with an "upcoming Bollywood actress" to a Mumbai court and claimed that both were discussing drugs.

Meanwhile, on Wednesday, SRK's son Aryan Khan was denied bail yet again after being arrested by the Narcotics Control Bureau (NCB) on October 3 in the Mumbai drug-bust case.