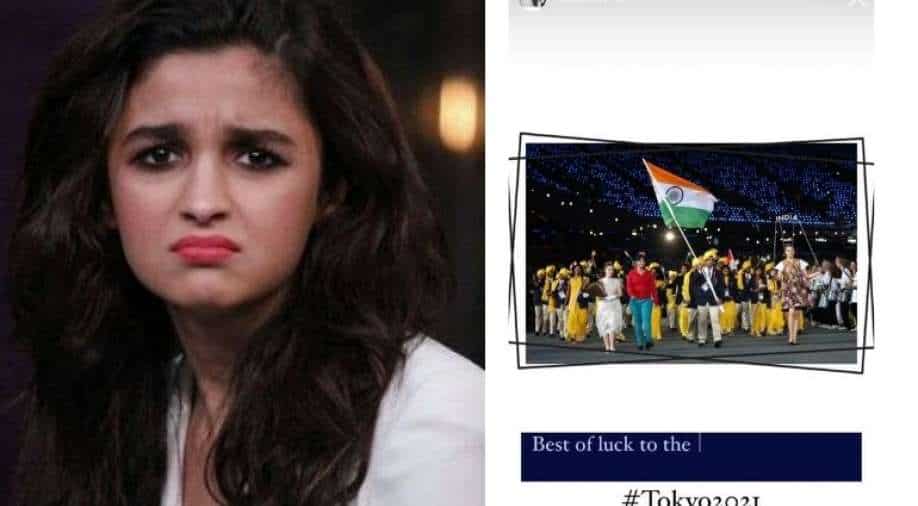 The picture Alia Bhatt shared was from the opening ceremony of the London Olympics with the hashtag of Tokyo 2021.

Bollywood actor Alia Bhatt goofed up yet again and netizens can't get enough!

As Tokyo Olympics kickstarted, many celebrities have taken to their social media to cheer the National team. Alia too shared photos to support our athletes.

Taking to her Instagram stories, The 'Highway' actor send her good wishes for the Indian contingent at the ongoing Tokyo Olympics but unfortunately posted the wrong picture.

''Best of Luck to the India contingent'', Alia story reads.

The picture was from the opening ceremony of the London Olympics with a hashtag of Tokyo 2021 and showed the Indian contingent, being led by Sushil  Kumar, which sparked laughs galore.

For the unversed, Kumar, an Olympic medallist is curruntly behind the bars under the charges of murder. However, the mishap quickly attracted the attention of netizens. Many users were shocked, while others gave her an update on wrestler Sushil Kumar life.

Meanwhile, before Alia, Bollywood actor and Indian theatre personality Tisca Chopra was the first who started the goofup game. After Indian weightlifter Saikhom Mirabai Chanu won the first medal for India at the Tokyo Olympics, she sent her wishes but attached the photograph of Indonesian weight lifter Aisah Windy Cantika instead of Chanu’s. Tokyo Olympics: Tisca Chopra trolled for mistaking silver medalist Mirabai Chanu for an Indonesian wrestler