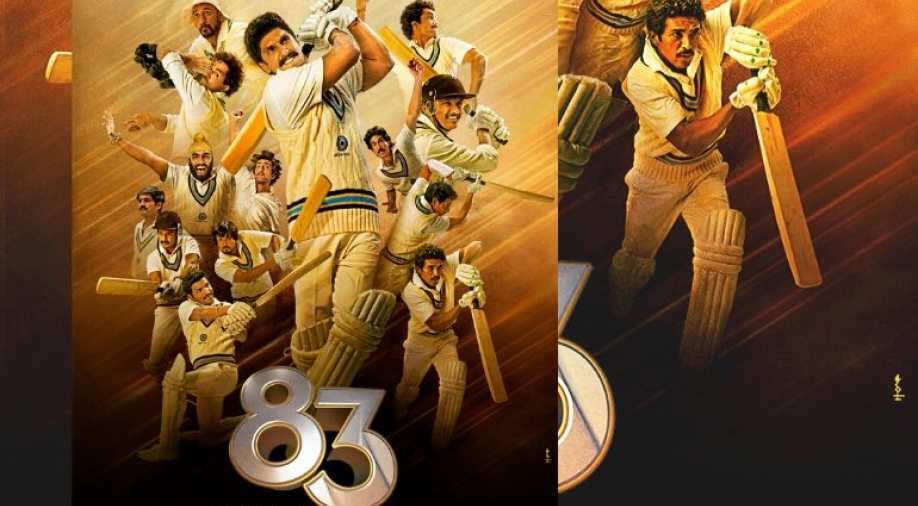 Kabir Khan’s '83' recreating the events leading up to Indi's victory in the cricket  World Cup Series is one of the most talked-about films in recent times.

Kabir Khan’s '83' recreating the events leading up to Indi's victory in the cricket  World Cup Series is one of the most talked-about films in recent times. Ranveer Singh and Deepika  Padukone who play legendary cricketer Kapil Dev and his wife Romi are hoping to leap one-up on their hat-trick of Bhansali-helmed superhits—'Ram Leela', 'Bajirao Mastani' and  'Padmaavat'. Will '83' break the records of  Ranveer-Deepika’s earlier blockbusters? Here’s why '83' is one of the eagerly awaited films of the year.

1) It is cricket. It's a religion in India. Not since Ashutosh Gowariker's 'Lagaan' has a film on cricket been so eagerly awaited by the movie-going public. As director Kabir Khan said, this is the proudest film he has made to date. Coming from the director of 'Kabul Express', 'New York', 'Ek Tha Tiger' and 'Bajrangi Bhaijaan', '83' being the most special film of his career is truly a  confession worth underlining.

'83' review: Ranveer Singh and his men smash it out of the park with this glorious chapter of history

2) It is cricket and Kapil Dev. Now it can be told that many directors in the past tried making a film on the life of Kapil Dev and failed. In 2001 Anurag Kashyap was all set to direct a film on the life and games of Kapil Dev. It was going to be a  big-budgeted Rs 80 crores opus(which for those times was a fortune, equivalent to  160 crores today)  with  Kapil starring as himself. When I had asked Kapil who would play Kapil he had drawled in his typical Kapil da jawaab nahin style, “Who else can play Kapil Dev but me? Of course, I can’t sing and dance. But the rest of my  life is  my life only.” The Kashyap project never got off the ground, like many of his pipedreams.  Ironically  '83' is co-produced by Phantom Films the production house which Kashyap once belonged to and which he finally broke up.

3) Kapil Dev insisted '83' is not about him. When I spoke to him after the film was announced he told me irritably, “First of all, it is not a film on me. So it is not my bio-pic. It is a  film about the 1983  World Cup. Not about me.”  When I  gently pointed out that, Kapil was an integral part of the  1983  World Cup series he snapped back,  “I was! But so were Sunil Gavaskar, Mohinder Amarnath and so many others. So the  film will probably be as much about them like me.”

4) Ranveer Singh's Kapil Dev is captaining the film titled '83' based on India’s historic victory at the 1983 Cricket World Cup. But he won't be the only central character of the drama. All the 12 players would be given prominence. This will be cricket’s 'Chak De! India' without Shah Rukh Khan.In fact, the producers got the written, legally sanctioned consent of each of the 12 players, all of whom agreed to come on board as consultants. Each of the 12 players is played by an actor capable of conveying the character’s personality The fabulously balanced film is not looking at making Kapil Dev a bigger hero say, Sunil Gavaskar, Mohinder Amarnath and Madan Lal, just because Ranveer plays Kapil Dev. They will all be equally important to the plot. Besides Ranveer Singh, the film casts actors, not stars in '83'.Because the project needed that one-star presence to give the film visibility in the public eye. For the rest of the cast of cricketers, they were keen on getting brilliant actors on board who must also be fantastic cricket players.Says Kabir Khan, “We are not focussing on the game itself. We are going to focus  on what went on behind the scenes, the greenroom politics leading up to India’s most spectacular victory,”

5) It is widely believed that Deepika Padukone, as Mrs Kapil Dev has little to do in the film. Not true! Deepika actually has a substantial role, as she plays the power behind the throne. The original plan was to focus largely on the cricketers. But with Deepika joining the cast Romi, Kapil Dev’s role expanded almost automatically. More power to girl power.