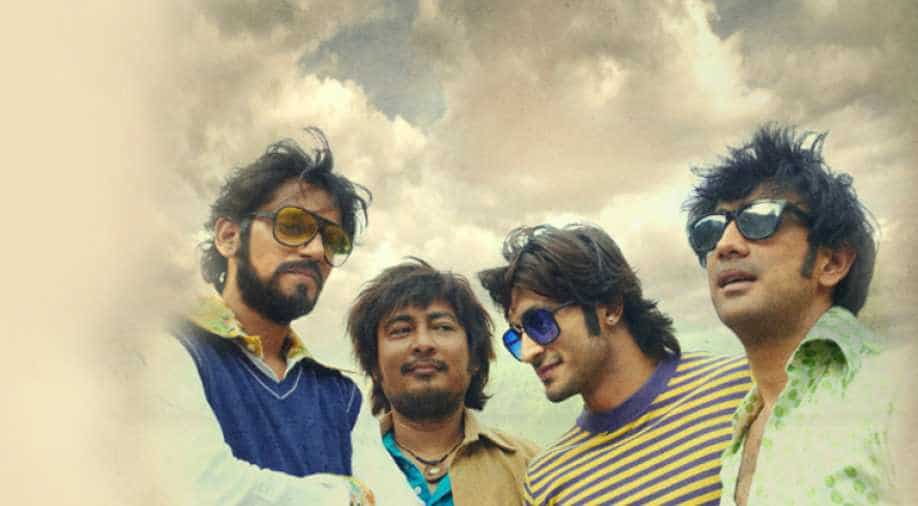 'Yaara' review: With a disappointing screenplay and substandard editing, Yaara is not among Tigmanshu Dhulia's best work for sure.

Zee5's new movie Yaara has a retro feel to it. From the opening credit scenes to the costumes flaunted by the actors, it's like we are being taken back in time. Directed by Tigmanshu Dhulia, it takes us through the highs and lows of four friends as they work their way through the world of crime.

After working together in Haasil and Paan Singh Tomar, Tigmanshu Dhulia and the late actor Irrfan Khan were supposed to collaborate in Yaara. The film begins by remembering the late actor who passed away battling cancer on April 29, 2020.

Yaara, a remake of the 2011 French drama 'Les Lyonnais', can be summed up as a story of friendship, loyalty and betrayal.

Phagun (Vidyut Jammwal), Mitwa(Amit Sadh), Bahadur (Kenny Basumatary) and Rizwan(Vijay Varma) are the four pillars of the chaukadi gang. Sticking together right from childhood, the four indulge in criminal activities including smuggling, bootlegging and trading of illegal arms. We also see a cameo by Sanjay Mishra who plays the role of Chaman and is the primary reason why the gang came together in the first place. The cast includes Shruti Haasan as well, who plays the role of Sukanya- the love interest and later, wife of Phagun. Contrary to her outspoken leftist past in the movie, she barely has any say with how things unfold after her marriage.

The narrative of the film is non-linear and keeps going back and forth in time. Yaara begins in the year 1997 with the chaukadi gang being split-up and the arrest of one of its members. We are then taken back to the early 1950s where the viewer is told the story of how the gang was formed and managed to stick together through thick and think. The transition of the four friends from childhood to adulthood was done smartly through a song in the film.

Yaara's plot jumps between the early 1950s to the late 1990s. Through the tale of their friendship, the writers display many chapters in India's history. The 1970's socio-political environment is displayed with the portraits of Jayaprakash Narayan on the walls of Patna where the gang robs a bank. There was also a mention of a massacre by upper-caste men in a village in Jehanabad where 61 people were killed. Reminding us that the time was dominated by a corrupt government and caste politics.

We also go back to the evolution of fashion with a glimpse of the 70s and 80s through actors flaunting bell-bottom pants and printed shirts. The film is full of old Bollywood references, such as Bahadur's mimicry of Amitabh Bachchan's evergreen dialogues and the posters of Sholay and Amar Akbar Anthony.

Yaara tries really hard to impress the audience but still fails. A major reason could be abrupt writing. Each decade in the movie shows a different part of the gang's life but they all seem to have abrupt endings. Even though the movie has a decent run time of 133 minutes, it starts testing your patience after the first half an hour itself. It feels as if the plot is not going anywhere and the viewer just keeps on waiting for the movie to pick up and get back on track. Sadly that never happens. With a disappointing screenplay and substandard editing, Yaara is not among Tigmanshu Dhulia's best work for sure.

The music of the film was not great and no song was exceptionally brilliant. There were unnecessarily far too many songs in Yaara. Some were even without any context and felt like they were put just for the heck of it. Even though it was a crime drama, they got a bit overboard with people shooting each other with gunshot noises coming basically every 10 minutes in the film.

Vidyut Jammwal fails to impress us with his 'unrealistic' action sequences. The one in which he successfully escapes after defeating around 5-10 policemen on his own. Not to forget, without a scratch on his body. The overall acting of the cast was just about average and the film seemed longer than its run time.

With many other crime dramas available to watch online, do yourself a favour and skip this one.