AR Rahman on not doing many Bollywood films: There is a gang working against me 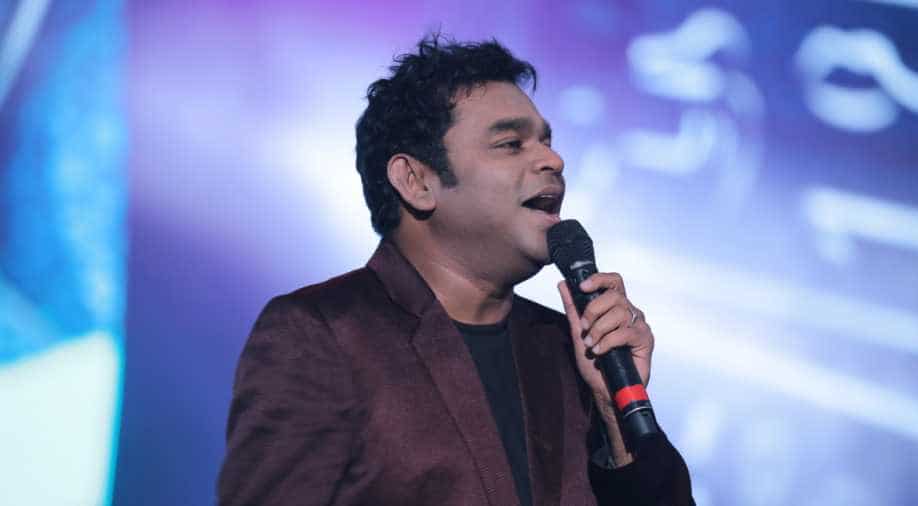 AR Rahman at the Global Citizens Festival in Mumbai on November 19. Photograph:( WION )

AR Rahman was in news recently as people started sending their love for the entire film album of Sushant Singh Rajput’s film ‘Dil Bechara’ that premiered on Disney+Hotstar on June 24.

In a shocking update from Bollywood, Oscar-winning music composer AR Rahman reveals that he is not getting enough work in the Hindi film industry because "there is a whole gang working against him".

As per a report published in PTI, AR Rahman who is known for his eclectic style of music, has revealed that he has been suffering at the hands of “false rumours” that some are spreading about him.

In a recent interview when AR Rahman was asked why he doesn't compose more music for Bollywood movies, he said that some people in Bollywood have been spreading "false rumours" about him. "See, I don't say no to good movies, but I think there is a gang, which, due to misunderstandings, is spreading some false rumours," he said, reported PTI.

AR Rahman, during the interview, also revealed that ‘Dil Bechara’ director Mukesh Chhabra was told many stories about him by some people in Bollywood and was advised not to approach him for composing music for his debut film. "When Mukesh Chhabra came to me, I gave him four songs in two days. He said, 'Sir, how many people said don't go, don't go (to him). They told me stories after stories.' I heard that, and I said, 'Yeah okay, now I understand why I am doing less (work) and why the good movies are not coming to me.' I am doing dark movies because there is a whole gang working against me, without them knowing that they are doing harm," he said, reported PTI.

"People are expecting me to do stuff, but there is another gang of people preventing that from happening. It is fine because I believe in destiny. I believe that everything comes from God. So, I am taking my own movies and doing my other stuff. But all of you are welcome to come to me. You make beautiful movies, and you are welcome to come to me."

AR Rahman is known for composing soundtracks for critically acclaimed films such as ‘Guru’, ‘Rockstar’, ‘Dil Se’, ‘Roja’, ‘Lagaan’, ‘Raanjhanaa’ among many others.