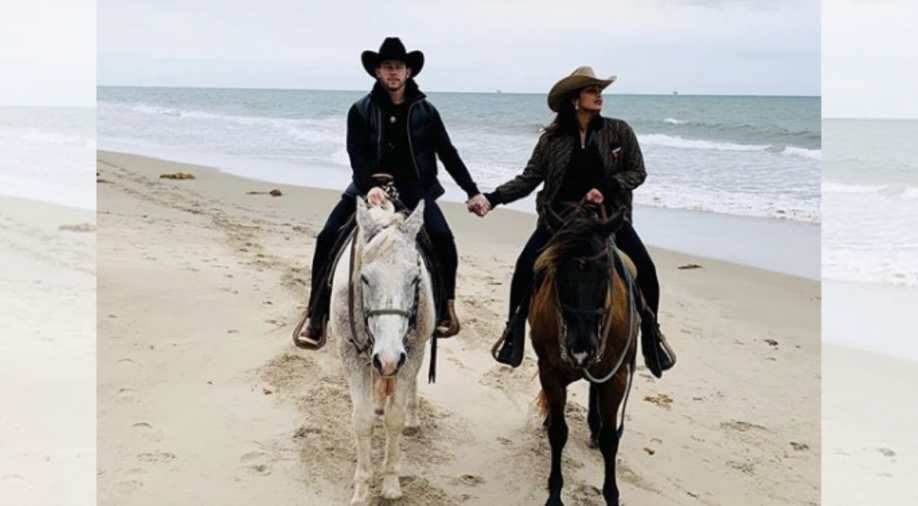 The weekend must have been a respite for Nick Jonas who recently debuted on The Voice as a coach.

It’s some ranch time for the Jonas family as Priyanka Chopra and Nick Jonas took out their horses on Sunday. Titled ‘Sunday’, the couple shared pictures of their weekend fun and looked awesome together like always.

Both were seen in their horse riding gear as they rode horses wearing cowboy hats. The couple went horseback riding in Carpinteria , California, by a picturesque beach.

The weekend must have been a respite for Nick Jonas who recently debuted on The Voice as a coach.

Ready to hit that button. LET'S GET IT. LET'S GO. The #VoicePremiere starts right now.

Nick had even written on social media about his band with the brothers and the success of ‘Sucker’, a year after its release. Sharing photos from the shoot of the song that also featured Priyanka alongside Sophie Turner and Danielle Jonas, he wrote, “We’ve had so many ups and downs as a band & today as we’re all sitting here reflecting on the last year, we can’t help but realize how lucky we are. We have the best fans in the world and we get to do all of this as a family?! Happy 1 Year to you guys and we love you all. Thank you!"