Leela Samson on India's rich cultural heritage: Each one of us as Indians should claim it, be proud 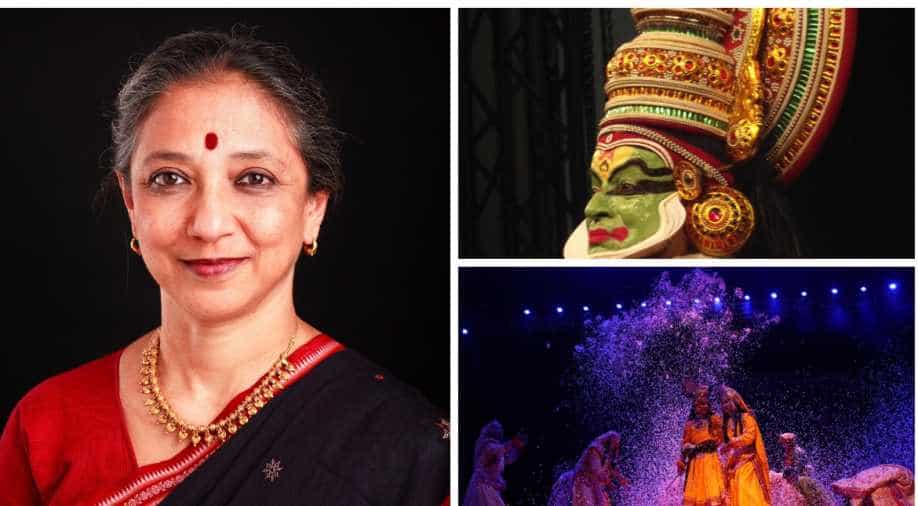 Padma Shri Leela Samson, a trained Bharatnatyam dancer, choreographer-actor, in an exclusive conversation with WION, spoke about India’s rich heritage, why the youth needs to own the art they pursue and why complex dance forms are best left to traditional performers.

India with its myriad of cultures and traditions is home to some of the most intricate and detailed dance forms. Serendipity Arts Festival 2018 that took place from December 15-22 this year in Goa, saw some of the most jaw-dropping pieces curated for the fest by experts in the field, Leela Samson and Ranjana Dave.

Padma Shri Leela Samson, a trained Bharatnatyam dancer, choreographer-actor, in an exclusive conversation with WION, spoke about India’s rich heritage, why the youth needs to own the art they pursue and why complex dance forms are best left to traditional performers.

Multiple awards-winner dancer Leela has seen a lot of different dance forms in India, which gave her an edge while curating for the multi-disciplinary festival. She said, “I have had the privilege of seeing all that as I was chairperson Sangeet Natak Akademi, was also director of Kalakshetra. I had a lot of curating to do at that point --identifying good artists, good groups -- that’s what I have done for many years now. I brought that to bear on this selection.”

Among the performances curated, there was as rare as the Chavittu Natakam, which comes from the interiors of Kerala. It is a bright and colourful Latin Christian classical dance form that evolved during the 16th century at the time of invasion by the Portuguese. Leela highlighted, “You don’t get to see that sort of stuff. It’s straight from the villages, things that they only do during festive times.”

Interestingly, the said Indian dance form bears striking resemblance to the Greek Opera. In its original form, the performance of a single story of Chavittu Natakam lasted anywhere between ten to fifteen days. It has now been confined to a short span of two hours.

The Chavittu Natakam dance-play story shown in Serendipity was based on the heroic deeds of the French emperor Karalsman (Charlemagne), who defeated Albrath, the emperor of Jerusalem, regaining the land he had once lost.

Another project ‘Holi Ki Raas’ that saw the stage turn into a riot of flowers is otherwise “restricted to the temples of Vrindavan (a holy town). She revealed, “it’s not for public viewing as people are expected to go to the temples and see it there at a specific time of the year. It’s related to pujas, religious ceremonies.”

On how important are such festivals, Leela said, “Very important because everybody’s having fun, they’re learning and getting exposed in a very nice way. Exposing our children to their own inheritance, those jewels that have survived and are there for them and their children; I think it’s very important and their appreciation of it. Also claiming of it. I think you have to, each one of us as Indians should claim these things.”

“Many other countries of the world share one dance form, once musical form or maybe multiple but not this many. Here we have one in every language; every little village has a different kind of drum, different flute. The same bhajan as it moves through Maharashtra to Gujarat, it becomes Gujarati. Everybody is singing Mirabai but everywhere it’s a different verse, different charanam because they have just added to it and made it their own,” she added.

Also read: Theatre is the only art where there is no cheating: Award-winning actress Arundhati Nag to WION

In the recent, the youth (majorly from the cities as Leela puts it) have started taking a liking to the age-old performed arts. When asked if classical dance in India is booming, in terms of its adaptation and finding takers, she said, “It depends on where you’re coming from. If you are seeing more stuff today then for you its booming. For me, who has always been connected to dance, it’s as healthy as it ever was. It’s lovely to see that more and more city people, city brats are also taking to it, which is a change.”

“Suddenly it’s occurred to them that India has beautiful dance forms, and I am glad that they are doing that. It’s good for them more than anything else, may not be good for the forms. They may not be all committed as the commitment required is a very deep connection. It’s a hybrid, superficial one; while the people who have performed it for generations, they connect to those words, the meaning of those words, to the particular tune.”

Her answers would make one wonder if she doesn’t like the idea of the youth taking up classical dance forms but she addressed it and said, “It’s important for them to take it up if they wish to but if they will be the performers replacing the traditional ones then they better be bloody good. Otherwise, you might be doing just a very superficial (thing). For instance in Punjab, there’s Bhangra and there’s Bhangra. Many groups that travel the world and represent Bhangra are not the ones that are really good but there are the real Bhangra artists who are tremendous. They know the difference, we don’t. It’s a tragic tale there.”

Almost not understanding her reasoning at this point of the interview, Leela then took to simplify with some analogies and asked, “Do you want everyone to fly an aircraft? You don’t want any and every doctor to do your bypass. Frankly, if I had somebody touching my heart or do some brain surgery on me -- I would like it to be by somebody who’s absolutely seeped in that thing. It’s the same thing with the arts. As a hobby it’s fine but not as a profession. Don’t take it away from people whose pesha (meaning profession) it is. It is their bread and butter.”

Leela keeps herself busy with dance. She is fully invested in her company in which she choreographs and teaches Bharatnatyam. She has also done some films with the most recent being ‘Ok Jaanu’ that came out last year but doesn’t have anything as of now.