Theatre is the only art where there is no cheating: Award-winning actress Arundhati Nag to WION 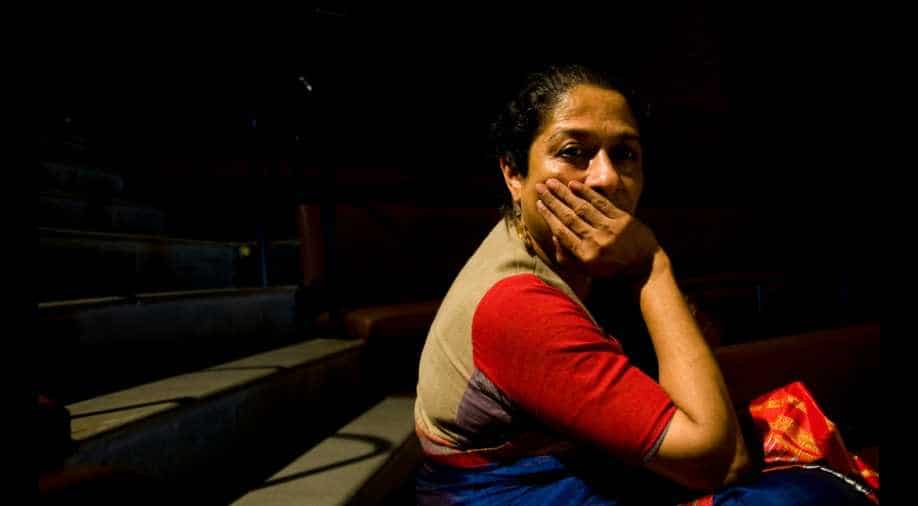 Padma Shri Arundhati Nag who was a theatre curator for the Serendipity Arts Festival 2018, in an exclusive chat with WION, spoke of bringing a UNESCO recognised theatre tradition of Kerala to the festival, addressing important issues on the stage and why films will survive in the age of digital streaming platforms.

One of the most elaborative celebrations of arts and culture, Serendipity Arts Festival 2018 drew its curtains last night after running for eight days in the capital city of Goa.

Padma Shri Arundhati Nag, Indian film and theatre actress who is the proud recipient of a National Film Award and Sangeet Natak Akademi Award, was a theatre curator for the festival. In an exclusive chat with WION, she spoke of bringing a UNESCO recognised theatre tradition of Kerala to the festival, addressing important issues on the stage, need for theatre for kids and why films will survive in the age of digital streaming platforms.

Arundhati, on her time at the festival said, “Serendipity did something very clever -- that is, select people who have actually spent a lifetime in their individual arts to curate for them. They didn’t give us a brief. There was so much of freedom. Otherwise I feel it might have been claustrophobic if someone said bring only traditional Indian work or westernised work.”

The actress co-curated the theatre section with fellow artist, Atul Kumar. On sharing work with him, she said, “My co-curator is Atul Kumar, himself a very fine director and actor. He curated more of the emerging trends in global theatre -- linear, non-linear, verbal -- where the lines are blurring between dance and theatre.”

Striking a balance between traditional-modern stories, the theatre veteran, meanwhile brought in shows that have an old-world charm. She said, “I really looked at three ways of telling Mahabharata. One is a 2000-year-old way called ‘Heritage Of Humanity’ by UNESCO. It is the only performance-art-practice, which has been in continuum for 2000 years -- Koodiyattam from Kerala.”

“We have another play, again a 2000-year-old tradition of telling ‘Mahabharata’ through a dramatized puppetry show in Koodiyattam style.”

“The third is ‘Akshayambara’, that is, looking at how patriarchy has helped sway over traditional art practices.” It explores the representation of the feminine within the male-dominated practice of 'Yakshagana'. This, after a woman entered the profession to perform in which only men did for the last 800 years.

Arundhati explained that 'Yakshagana' always had men play both men and women: “In this bastion of male domination, comes a woman who has learnt the art and wants to play Arjuna. Draupadi, who is played traditionally by a woman, is played a man here while this girl from Bengaluru who went and learned Yakshagana plays Arjuna. The play shows their natural differences that come up -- role reversal in many ways.”

An artist herself who has been associated with several theatre groups, Arundhati, spoke about the need for theatre for children as she feels that “we make little art for our children. They can see better than us, hear better than us but all the art form that we produce for them is loud, multi-coloured and huge as if they are blind.”

“Science has proven that the human brain grows the most between the ages of 0-5. This is the age when everything is an event in the child’s life. We need to make good pieces of art available for that,” she said.

Theatre has always been an important medium of communication. Another piece that got many talking was ‘Spotlight on the Margins’ -- that focused on the LGBTQ community. It had 16 transgender people performing a play, exploring the realities of marginalized people while addressing pertinent social issues.

She said, “Maybe next year, we will concentrate on the Rohingya community or a language that needs focus. It really is, asking the artistic community to take note that theatre can also illuminate something that needs the attention of the people. Theatre then becomes connected to reality.” She got poetic and asked, “Aaj ka hasb e haal kya hai?”

“Theatre is the only art where there is no cheating. You see what is there,” she added.

Seen previously in films like ‘Paa’, ‘Dil Se’ or the most recently released ‘The Man Who Knew Infinity’ that came out in 2016; Arundhati is not working on any film at the moment and is keeping herself busy with theatre. “I'm curating for the next festival in January called the ITFoK festival, happening in Kerala,” she said.

“I am not interested in doing the same role of a mother every time. Will do if something good comes my way,” she said.

As the interview came to a close, the actress also reflected on the relevance of films in the age of digital streaming platforms. She said, “They have 10 years at least. In India, we have so much poverty. Every body has a phone but can’t afford Netflix. Those starving millions of hours need dreams. What the popular cinema sells to them, they cannot dream of becoming.”