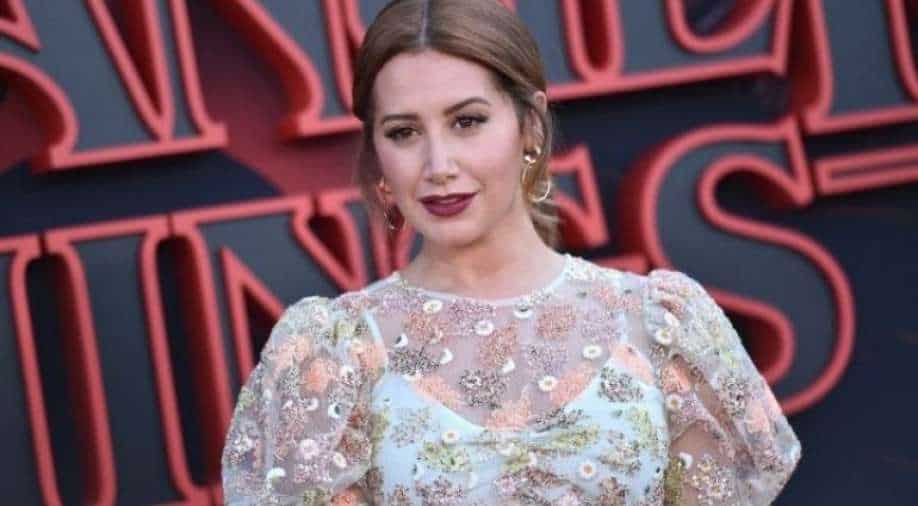 Ashley and Christopher married in a private ceremony in Santa Barbara, California in 2014.

The couple announced the arrival of their little bundle of joy on their social media pages. “Jupiter Iris French arrived earthside 3.23.21 ✨,” Ashley captioned a photo of her newborn's hand on Instagram. The couple first announced they were expecting, back in September last year and revealed the gender of their baby in October. Since then Ashley has been sharing updates about it.

Ashley and Christopher married in a private ceremony in Santa Barbara, California in 2014 after years of dating.

“I had the privilege of working with the best team on my maternity shoot. This glam squad always knows how to make me feel beautiful, but I have to be honest, I haven’t gotten the whole warm and fuzzy feeling about my pregnant body being beautiful. Don’t get me wrong, I am so proud of my body and I’m so grateful to be able to create a home and grow my little one,” she wrote in a piece for frenshe.com. “However, seeing my body look so different is still a little startling to me. It’s like I don’t fully recognize myself and almost like an out-of-body experience. Thoughts like, ‘Is that really me?’ come to mind. I think it comes down to body acceptance vs body love. I think that you can love your body, no matter what shape or form, but it’s the acceptance part that trips me up a little.”

Recently, Tisdale revealed the traumatic backlash she received years ago after getting a nose job to correct a health issue. Recalling the incident that happened 15 years ago, she revealed she had decided to have a rhinoplasty to correct a deviated septum back in 2007. Read more here.