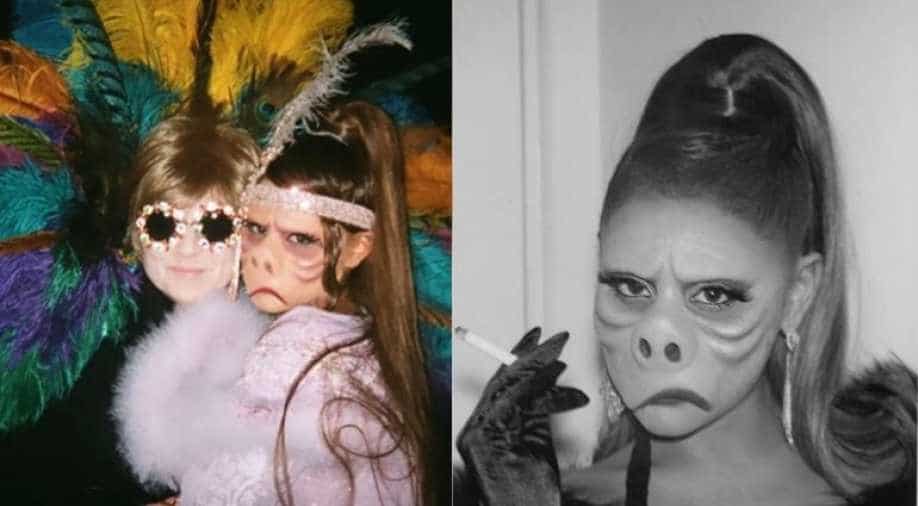 Image of Ariana Grande and her mother Joan in Halloweeen costumes Photograph:( Twitter )

The 'Thank U, Next' singer was dressed in her 'The Twilight Zone' inspired costume for the event.

"Thank you @triciasmithbrown & team for transforming my home into the most stunning, haunted hotel," the singer shared on Instagram which has been deleted now.

"I can't believe how incredible everything and everyone was. thank you for making all my spooky, twisted, twilight zone dreams come true", she added.

In the post, the singer shared some footage of the spooky set-up, which featured a long candle-lit dinner table occupied by creepy skeletons and chilling music playing in the background.

Grande's brother, Frankie James, and their mother Joan were both in attendance, with Frankie sharing a picture of the trio from a photo booth and captioning it, "the family that scares together''. The ''Thank U, Next'' singer was dressed in her ''The Twilight Zone'' inspired costume for the event.

Grande transformed herself into one of the characters from the iconic series ''Eye of the Beholder'' episode.