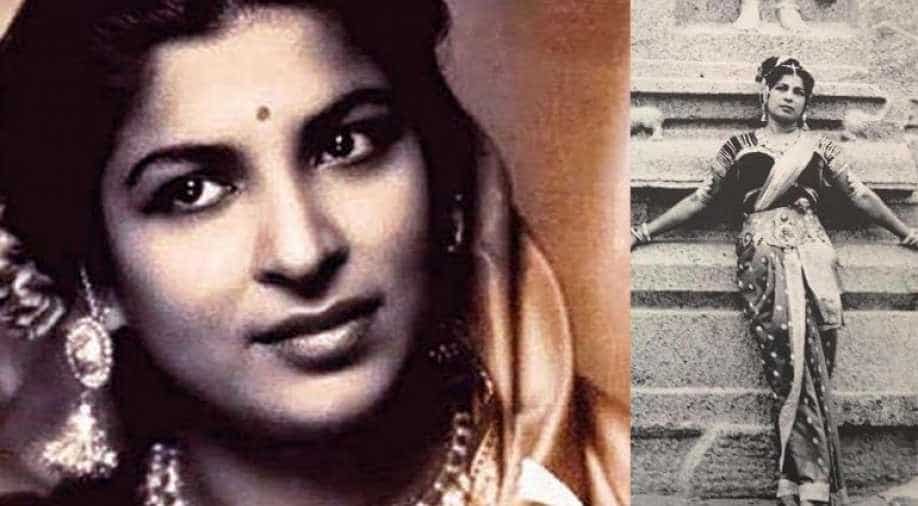 Renowned dancer and choreographer Amala Shankar died at her Kolkata residence on Friday morning. She was 101 years old. She had been suffering from age-related diseases for sometime and suffered a cardiac arrest in her sleep, family sources stated,

"Today my thamma (grandmother) left us at the age of 101. We just celebrated her birthday last month (June). Feeling so restless that there is no flight from Mumbai to Kolkata. Heartbroken. May her soul rest in peace. This is the end of an era. Love you Thamma. Thank you for everything,” tweeted Sreenanda.

Today my Thamma left us at the age of 101. We just celebrated her birthday last month.
Feeling so restless that there is no flight from Mumbai to Kolkata. Heartbroken 💔
May her soul Rest in peace. This is an end of an era. Love you Thamma. Thank you everything. #AmalaShankar pic.twitter.com/tDh2dkdRhn

Overwhelmed with the love and concern pouring in from the media. On the passing of my Grandmother. Humbly requesting for some privacy to mourn our loss. 🙏🏼

Amala Shankar had featured in her husband's directorial 'Kalpana' in 1948. A story about a young dancer's dream of setting up a dance academy. Both Uday and Amala Shankar had played the lead roles. The film had travelled to Cannes Film Festival that year and Amala was one of the cast members to have attended the festival with her husband.

Born in Bangladesh to a merchant family, she was introduced to dance at the age of 11 when she tarvelled with her father to France where Uday Shankar, then 30 years old, was performing with his troupe. At the behest of Uday Shankar's mother Hemangini Devi, her father left her with the troupe to learn dance. In few years she became the lead dancer of Uday Shankar's troupe and travelled the world performing in prestigious festivals.

Uday proposed marriage to Amala in 1939 and the duo finally tied the knot in 1942.

The restored print of ‘Kalpana’was screened once again at the festival’s Cannes Classic Section in 2012. Amala then 93-year-old, arrived at the event saying, “I am the youngest film star in Cannes”. It had taken four long years to restore the film which was initiated by Uday's younger brother Pandit Ravi Shankar, who had got in touch with Martin Scorcese’s World Cinema Foundation for support and funds.

Many of her students and fans paid tributes to the legend on Twitter.

My beloved guru, Amala Shankar, or Maashi Maa, as we call her, has passed away.

Some part of me will always be with her in Jay Jayanti, listening to stories of another world after relentless 6 hour rehearsals. pic.twitter.com/KjNLkKwTTM

Renowned danseuse, Amala Shankar, passes away at the age of 101 leaving a void in the cultural world.
May her soul rest in peace.#amalashankar #dancer #udayshankar #Bengals #bengaliculture pic.twitter.com/IxY5Uszstw

The centenarian was active till her early 90s was awarded Banga Vibhushan by the Bengal government in 2011 and Sangeet Natak Akademi Tagore Ratna award in 2012 for her contribution to dance.