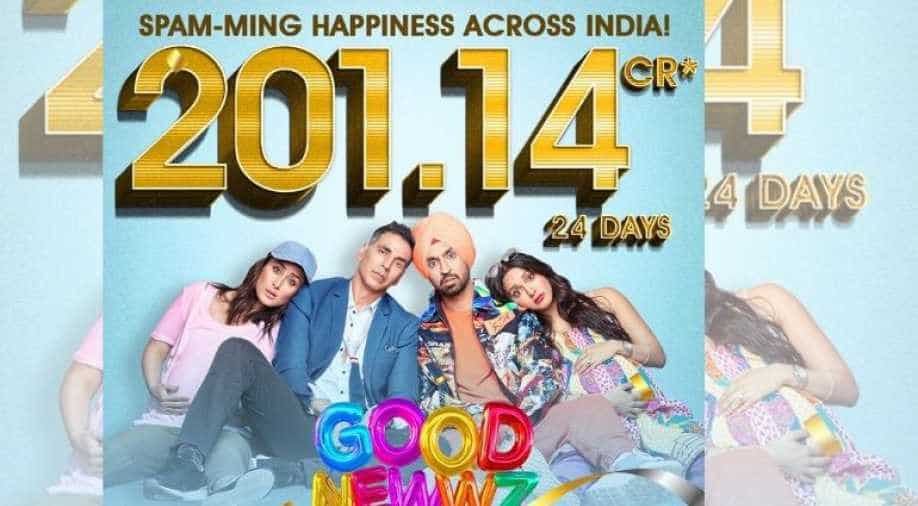 Kiara Advani, who played the role of Monika Batra in the film, shared the news with her fans and followers through her Instagram handle. Also read: 'Good Newwz' becomes Akshay Kumar's fourth consecutive film to earn over Rs 100 crore

She posted a video where Akshay, Kiara and Badshah can be seen counting the number two and then letting go of a huge number of balloons. She captioned the post as, "A #GoodNewwz like no other! Our goof-up story gets all the love, crosses 200 cr at the Box Office! Overwhelmed, humbled and elated."

The story of the comedy-drama revolves around two married couples trying to conceive babies but ends up in a major goof-up during in-vitro fertilisations (IVFs). Helmed by Raj Mehta and bankrolled by Zee Studio, the film was released on December 27, which was the post-Christmas Friday.