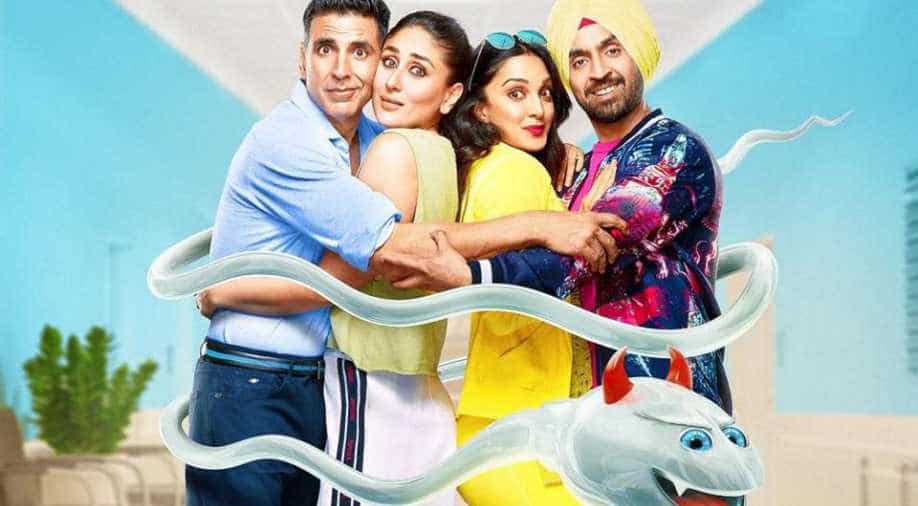 Akshay Kumar's magic refuses to fade away. The actor continues his winning steak at the box office with his latest release 'Good Newwz'.

The film minted a total of Rs 22.50 crore on the first day of the year 2020 taking the total tally to Rs 117.10 crore. Trade analyst Taran Adarsh shared the figures on his Twitter account.

Interestingly, `Good Newwz` is Akshay Kumar`s fourth consecutive film of 2019 to mint over 100 crores at the box-office.

The comedy-drama revolves around two married couples trying to conceive babies but end up in a major goof-up during in-vitro fertilisations (IVFs). Helmed by Raj Mehta and bankrolled by Zee Studio, the film was released on December 27, which was the post-Christmas Friday.