Ahead of launch of food show 'Taste The Nation', Padma Lakshmi speaks against colourism 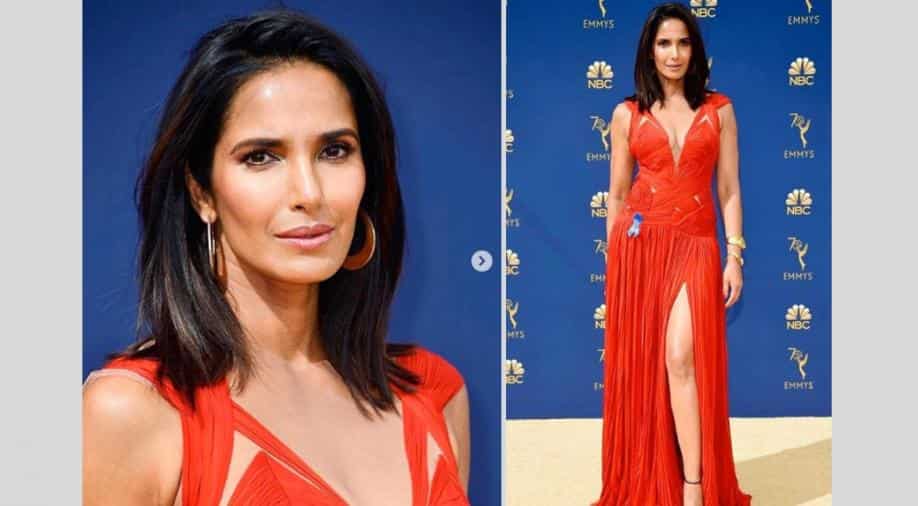 Padma was also recently interviewed as she spoke of her show ‘Taste The Nation’ that follows the journey of various foods, tracing their history.

Always a champion for dark and lovely, model-actress Padma Lakshmi is now on the hot seat as she called out colourism amid the rising voice for justice for George Floyd. She recently posted how she is against the idea of skin-brightening creams that promote the idea of fair being beautiful. She called out various brands that sell such products including Fair & Lovely that makes people buy their most-selling product to get a lighter skin.

For those who don’t know, “Fair & Lovely” is a skin whitening cream marketed to POC. Colorism is a persistent social force in India, and many South Asian countries. I know it made me feel insecure growing up. We need to dismantle this harmful relic of colonialism through representation for all skin-tones. (🎨: @its.me.aditi & @zoyerss) #unfairandlovely #skinbleaching #fairandlovely #colorism #racism #skinwhitening #desi

In the news for that, Padma was also recently interviewed by Variety as she spoke of her show ‘Taste The Nation’ that follows the journey of various foods, tracing their history.

The docuseries launching June 18 on Hulu will have Padma travel to different parts of the country to highlight a different immigrant community, eat its food, and celebrate its place in American culture. Over the course of the 10-episode season, Lakshmi visits El Paso to humanise those living at the border, the Arizonian desert to give credit where it’s due to indigenous cultures, and even her own hometown of Jackson Heights, Queens to share her own family’s favorite dishes and stories of survival.

“When you scratch the surface, everybody’s story is compelling. All you have to do is listen,” said Padma.

In the interview, Padma revealed she always wanted to do a special show on food, to understand, “what does our country look like? Who’s living in all of our 50 states? Who gets to decide if you’re American, and who gets to decide what ‘American food’ is?” She added, “ I’m an immigrant, and I’d been speaking a lot about my own personal story at these rallies for the ACLU, so I just wanted to branch out and really see what other people’s experiences were like.”

Apart from travelling to places that misses our eye, Padma also wanted to do an episode on Native Americans and their food “because also we don’t know enough about that culture and community, and we should. If we don’t look our shared history squarely in the eye, we will never understand how to evolve our society with freedom from the shackles of our past sins.”

As Padma deals with the sensitive issue of immigrants in America and their stories, Padma revealed in the interview, “I think that the third space between two cultures is really interesting and can be really diverse. It comes up again and again…I wanted to explore that, because those are all identities that are true and real and exist within us. For me, the main motivation was just to tell the truth and try to give as broad and deep an understanding of these communities and let them tell the story themselves. I was kind of sick of everybody else telling ‘the immigrant story.’ I really wanted to give voice to communities that we don’t really hear from in a mainstream way…that was my only goal.”