Ahead of release of her film ‘Helicopter Eela’, Kajol reveals what keeps her relationships going 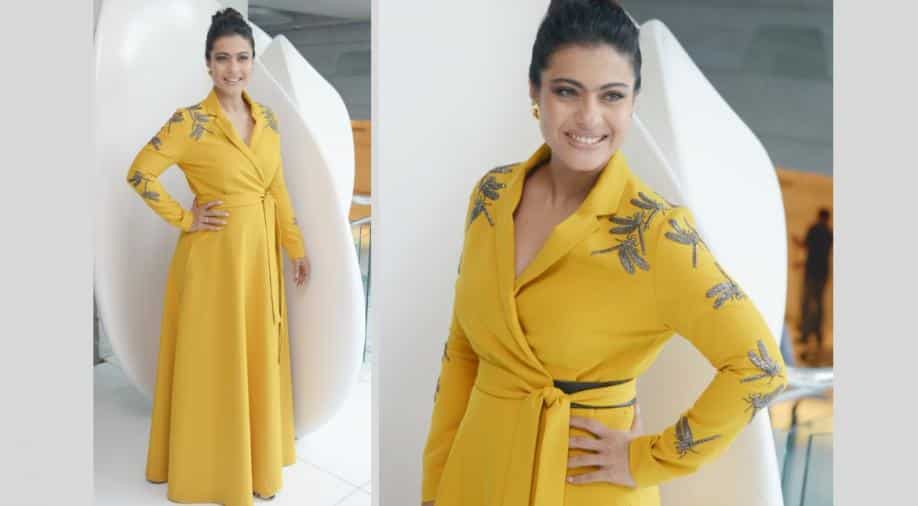 In a conversation with WION, Kajol opened up on her upcoming film ‘Helicopter Eela,’ working with National Film Award winner Riddhi Sen as his on-screen mother and equation with real-life kids, Nysa and Yug.

Parenting has always been an art, with one generation balancing out their preferences and ideologies and fine-tuning them to suit the next generation. We have always thought sitting at a distance that the Hindi film industry, with its high chair attitude has a different approach to raising their kids but Bollywood’s beloved heroine Kajol breaks these myths as she talks about her upcoming film ‘Helicopter Eela,’ working with National Film Award winner Riddhi Sen as his on-screen mother and real-life kids, Nysa and Yug.

In a conversation with WION, Kajol spoke about her character drawing inspiration from the helicopter moms of the Internet, who are a part of the hashtag culture. She said, “It is this mother who is a control freak, keeps a watch on her kids, is suspicious of everything that the kid does. She feels that ‘everything that I do is with intent of love. If I slap him, its because I love the kid’.”

In ‘Helicopter Eela’, Kajol plays the role of a single mother, Eela who doubles up both as a mother and father, often side-stepping into the territory of a college-going son, Vivaan played by actor Riddi Sen.

As seen in the trailer of the film, this trait of overprotectiveness leads to confusion between the mother and son duo. It goes on to show how overdoing love can also put undue strain on a relationship and lead to distance between two people.

Is Kajol like this in real life too with her kids? Taking to this question, the superstar smartly levied humour as a strong point in her relationships. She said, “I feel a sense of humour is very important to deal with things in one’s life. You can’t take everything seriously. With kids it’s important to say everything with a smile on your face” and added, “Stay like friends with your kids.”

Kajol as a mother of two kids, daughter Nysa and son Yug gives huge importance to being “aware of what is happening around you.” As she spoke about parenting and her role in ‘Helicopter Eela’, Kajol mentioned that every kid like hers wants their “parents to respect their individuality.” She said, “Children want you to identify their individuality. Keep the channel of conversation open. In this day and age, you cant keep stop the flow of information. Kid’s age doesn’t determine what Safari page will open so it’s important to have that conversation channel open.”

On her choice of films, Kajol said, “I have always done films that I feel are nice, in which I can do something different. If there’s a good script, I can play a good character. But with only a good character sketch I cant make a good script. I am lucky to have Pradeep Sarkar as my director. He is an amazing director.”

‘Helicopter Eela’ is scheduled to release on October 12 and it will be Kajol’s return to the big screen after a gap of three years. She was last seen in ‘Dilwale’ with Shah Rukh Khan.

Riddhi Sen is an Indian Bengali actor who won the prestigious National Film Award for Best Actor for ‘Nagarkirtan’ this year.