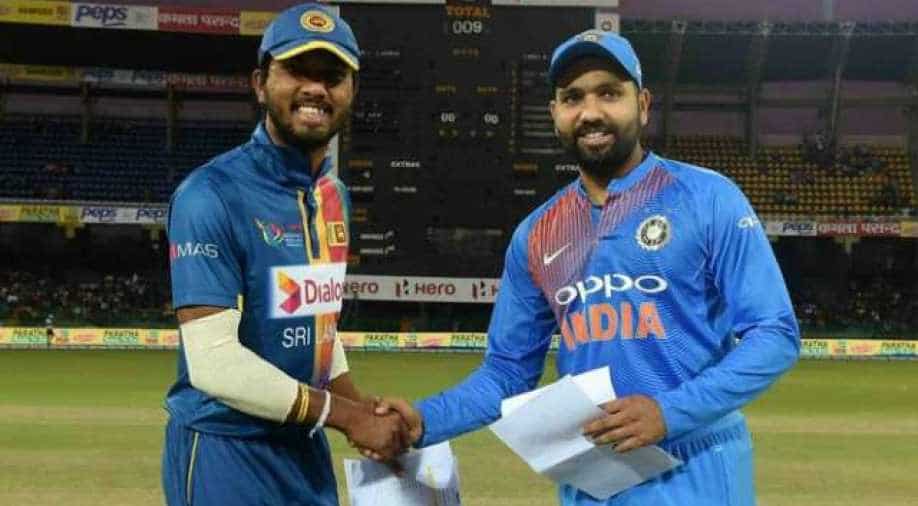 India’s new-look side failed to impress in the first match of the Nidahas Trophy against Sri Lanka. Save for opener Shikhar Dhawan’s career-best sparkling knock of 90 off 49 balls, there was nothing else to look for in the Indian team and captain Rohit Sharma has a lot to worry about in the coming days.

After compiling a decent 174 on batting first, India would have hoped to restrict the opposition. However, that was not to be as a knock of fifty coming from 22-balls from Kusal Perera took the game away from India completely. The left-hander was in a sensational form and reminded people of Sanath Jayasuriya with his explosive and hard-hitting batting as he smashed a whopping 27 runs from Shardul Thakur’s one over. There was no looking back after that as the home team got to victory with five wickets in hand and nine balls to spare.

While the results in T20Is are generally a lottery, India has a lot of questions to answer after this loss. Rohit Sharma continues to be erratic and inconsistent and was dismissed for a naught. Manish Pandey yet again played a knock where he could not find his touch and failed to move things along in the middle-overs. Young Rishabh Pant, playing only his fourth international game, did not look confident and was just swinging the bat around wildly without getting any results. India’s failure to finish well after having a good platform yet again stuck out like a sore thumb.

The bowling, however, was even worse. In the absence of the likes of Jasprit Bumrah and Bhuvaneshwar Kumar, the Indian seam bowling looked listless and without any bite. Shradul Thakur gave away 42 runs in just 3.3 overs and Jaydev Unadkat was spanked for 35 in his 3. Even the usually dependable leg-spinner Yuzvendra Chahal was pretty expensive and went for 37 runs in 4 overs. The only bright spot in India’s bowling was young off-spinner Washington Sundar who took 2 wickets for 28 runs in his 4 overs.

Given that India would have to mostly work with this same bowling unit in the rest of the tournament, things do not look pretty great. Perhaps dropping Thakur and giving fast bowler Mohammad Sriraj a few games may work. However, even Sriraj is inexperienced and to expect him to work wonders would be a little too much.

One feels that the selectors missed a trick by not adding an experienced pacer in the lineup. Mohammad Shami or Umesh Yadav would have certainly bolstered the bowling unit and given that two haven’t played much-limited overs cricket in the past few months, it would have helped them get in the groove as well. At present, this Indian bowling unit lacks experience on how to bowl on Sri Lankan pitches and will likely suffer in the coming games as well.

India’s next match is against Bangladesh and it will be interesting to see how this new-look Indian team responds to that challenge. Another defeat there will make it difficult for team India to progress ahead in the tournament.

However, what will hurt India after last night’s result is the inability of the youngsters to perform. This tournament was being looked upon as an opportunity for India’s bench strength to showcase their prowess and for the selectors to see if any new players can be brooded for 2019 World Cup. As far as last night was concerned, things did not look good.

Rohit Sharma clearly has a lot on his plate and he would hope that newbies on his side would be able to pull up their socks and perform better in the coming matches. Interesting times thus lie ahead for Indian cricket.