What has really triggered this depreciation of rupee against the dollar? 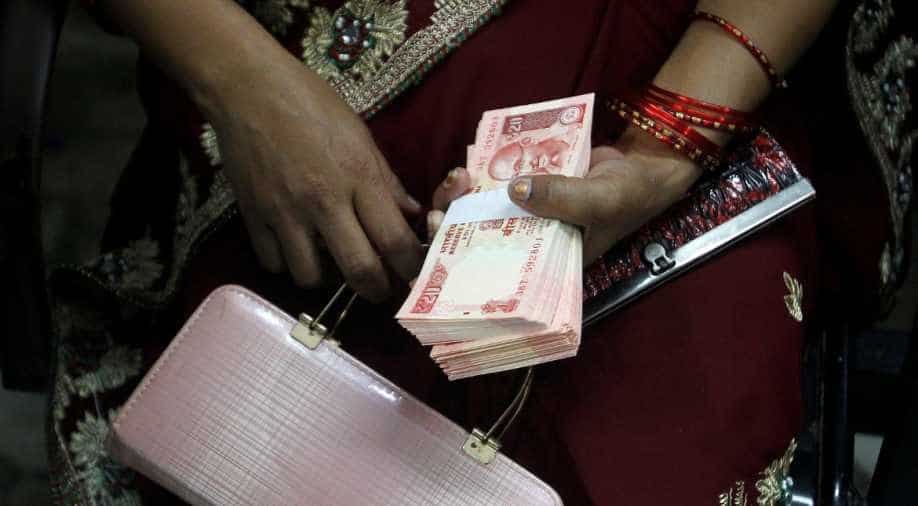 If the weakness on the currency is in line with the momentum with other weakening currencies, the RBI may not interfere much. Photograph:( Reuters )

The Indian rupee has clocked its record low of 68.86 against the US dollar. Just yesterday, we saw a sharp nine-month low set in. This has seen a decline in the equity markets as well in the intra-day trading session.

What has really triggered this depreciation of rupee against the dollar?

The rupee has plunged close to 3 per cent since US President-elect Donald Trump's victory. The foreign institutional investors have pulled out of bonds despite the bond rally on the back of 4 per cent fall in the yield differencial between the American and Indian government securities. The FII holdings in government and corporate bonds have dropped by 1.4 millions dollars in November and 1.7 dollars have been pulled out of Indian equities by FII's in the same period. The dollar index rally is almost close to a 14-year high.

The US bond yields have seen a sharp increase which leads global investors to pull out of India and redirect these funds into US bonds which fetch them a higher rate of return on their investment.

Now this is just a global factor. There are multiple domestic factors that are responsible for such volatility on this counter.

Most brokerage reports have reduced their earnings estimate for the next quarter and even H2FY17. FII's have reduced their exposure in equities and debt market. The value of portfolios for most investors and especially FII's stands to be in jeopardy as FII's now get lower return in dollar terms against the rupee. This also means that the demand curve of dollar rises, further weakening the rupee.

Rupee essentially in the past one to two months according to brokerage reports has outperformed other currencies of emerging markets. Hence, experts feel this could have well been overvalued to begin with.

It has been observed that the Reserve Bank of India is historically known to intervene to curb volatility. If the weakness on the currency is in line with the momentum with other weakening currencies, the RBI may not interfere much.

The weakening rupee can also be a deterrent for the RBI to cut the repo rate.