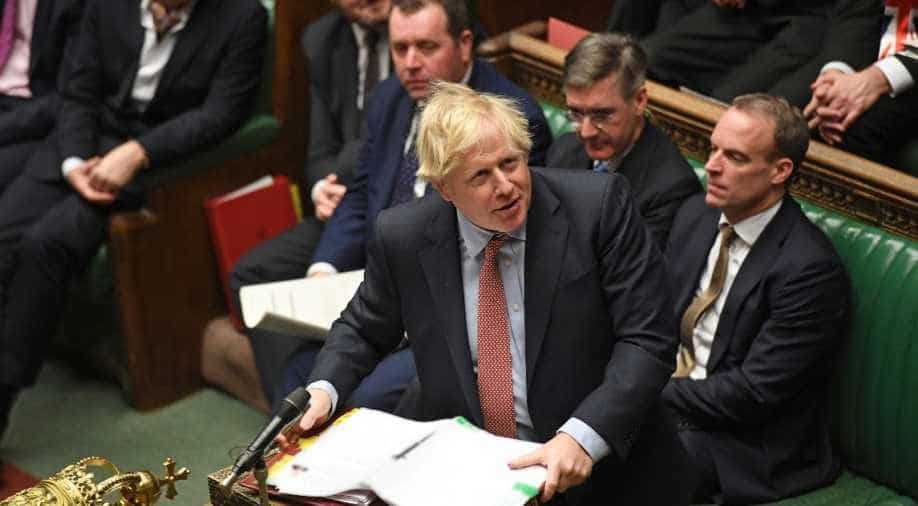 When Britain left the European Union on January 31, both sides agreed a standstill period while they establish a new partnership to replace 47 years of political and economic integration.

Britain warned Thursday it would not commit to following European Union (EU) rules in a post-Brexit trade deal, and threatened to abandon talks in June if no compromise was possible.

Two days after EU ministers approved their own joint approach to the negotiations, which start on Monday, Prime Minister Boris Johnson's government set out its own red lines.

The formal negotiating mandate says London wants to agree a relationship "based on friendly cooperation between sovereign equals" before the end of the post-Brexit transition period on December 31.

But it warns: "We will not agree to any obligations for our laws to be aligned with the EU's or for the EU's institutions including the Court of Justice, to have any jurisdiction in the UK."

The document also states that if both sides have not been able to reach a "broad outline of an agreement" by June, then it would have to decide whether to walk away from the talks.

When Britain left the European Union on January 31, both sides agreed a standstill period while they establish a new partnership to replace 47 years of political and economic integration.

London has the option to extend the transition beyond the end of 2020 but says it will not.

So in June, it would decide "whether the UK's attention should move away from negotiations and focus solely on continuing domestic preparations to exit the transition period in an orderly fashion".

Failure to reach a new agreement with the EU -- Britain's largest trading partner -- is likely to be hugely disruptive on both sides of the Channel.