Union Budget 2021 goes paperless; hard copies not to be printed for first time in history 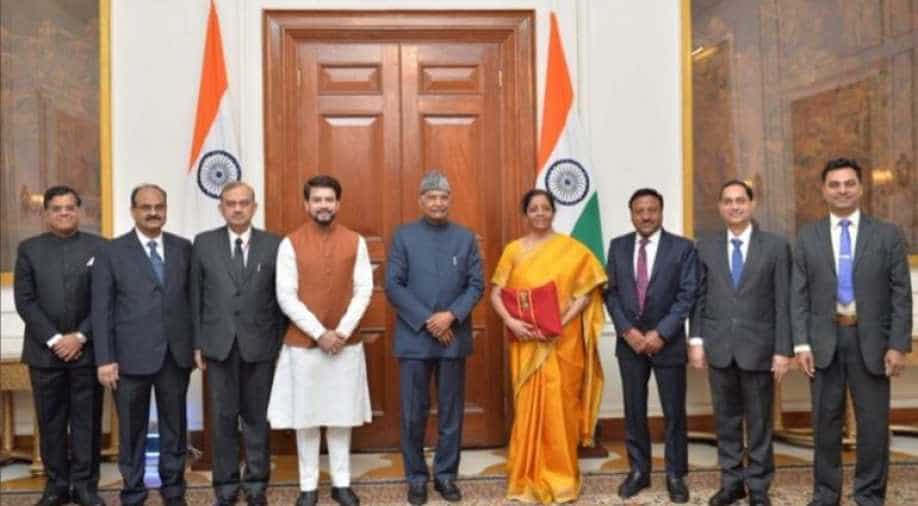 The Union Budget is printed every year in the finance ministry's house press by nearly 100 employees who stay together for nearly a fortnight till it is printed, sealed and delivered

For the first time in independent India, the Union Budget 2021 is going to be completely paperless due to the coronavirus pandemic.

Instead of hard copies, soft copies of the budget will be provided to all members of the parliament.

The Central government has received permission from the upper and lower houses of parliament for the measure.

The Union Budget is printed every year in the finance ministry's house press in the North Block by nearly 100 employees who stay together for nearly a fortnight till it is printed, sealed and delivered.

The coronavirus pandemic has forced the government to look for alternatives because it will be challenging to maintain social distancing in a limited space.

The traditional ''halwa ceremony'' which takes place every year before the budget is presented in the parliament will also be 'low-key'' or subdued as it will be held with a limited gathering.

Usually, this ceremony is attended by all people involved in budget-making and marks the beginning of printing.

The Union Budget 2021 will be introduced in two parts by Finance Minister Nirmala Sitharaman on February 1.

President Ramnath Kovind will address the joint sitting of both the houses on January 29 after which the Economic Survey will be presented in the Lok Sabha.

This will not be the change in the presentation of the Union Budget. Last year, Sitharaman broke away from long-standing traditions of colonial-era when she ditched the briefcase and opted for traditional 'Bahi-Khata', which is a kind of a ledger wrapped in a red coloured cloth.

The word 'budget' has its origin in the French word 'Bougette', which means leather briefcase. Traditionally, budget documents -- which primarily include papers related to revenue receipt and expenditure as well as the speech of finance minister -- were carried in a brown briefcase, a legacy passed on by the British.