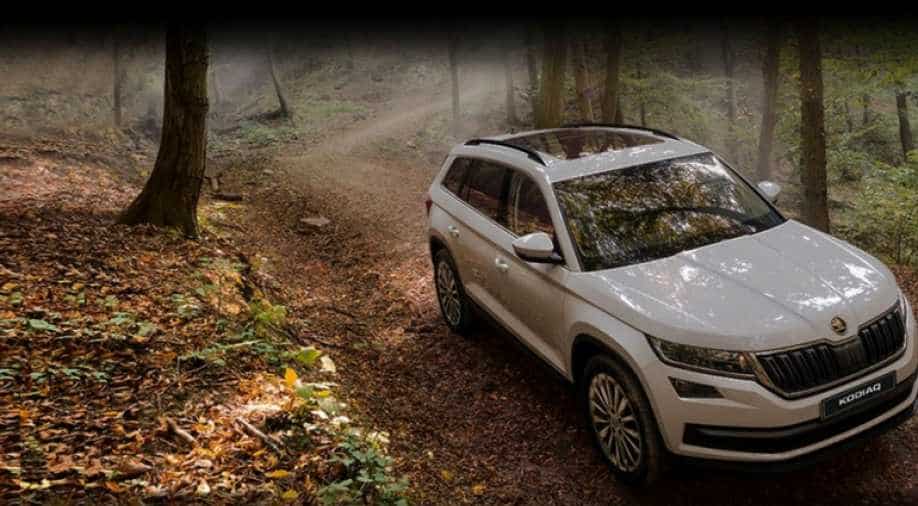 The first 7-seater model from the company designed with a unique feature, power nap that comes with bolstering and blanket. (Image source: Skoda.com) Photograph:( Others )

The Czech car maker Skoda has launched its Kodiaq SUV in India.

Because the Kodiaq is the company's first seven-seater in India, Skoda is offering only one fully-loaded variant in India.

Bookings are now open, and the first deliveries are expected in the first week of November.

Skoda says the Kodiaq comes with a number of "simply clever" features, which include:

Umbrella pockets in the front doors.

A removable LED lamp in the luggage compartment. The lamp is fitted with a magnet, so it can be used for illumination as well as to replace a tyre.

The Kodiaq also comes with a "sleep package" -- which means a set of blankets, and what the company says are "special headrests" to provide maximum comfort.

Skoda is offering only one fully-loaded variant of the Kodiaq. (Image source: Skoda.com) (Others)

The Kodiaq is Skoda's first seven-seater in India. (Image source: Skoda.com) (Others)

The Kodiaq comes with a sunroof and what the company calls a host of 'simply clever' features. (Image source: Skoda.com) (Others)

The Kodiaq, which is priced at Rs 34.50 lakh, will compete with the Toyota Fortuner, the Ford Endeavour, the Mitsubishi Pajero Sport, and the Volkswagen Tiguan.