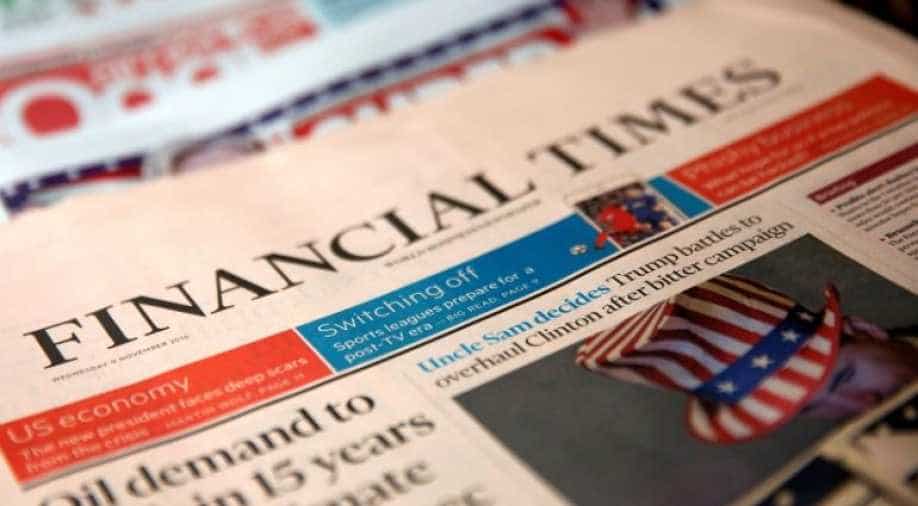 Roula Khalaf will become the first woman to edit the Financial Times in its 131 year history after Lionel Barber, Britain's most senior financial journalist, said he would step down.

Barber said on Tuesday he would leave in January after 14 years as editor and 34 years at the Nikkei-owned newspaper, which had one million paying readers in 2019, with digital subscribers accounting for more than 75 per cent of total circulation.

Khalaf has served as deputy editor, foreign editor and Middle East editor during her more than two decades at the salmon-pink FT and in recent years has sought to increase diversity in the newsroom and attract more female readers.

"It's a great honour to be appointed editor of the FT, the greatest news organisation in the world. "I look forward to building on Lionel Barber's extraordinary achievements," said Khalaf, whose earlier writing for Forbes magazine had earned her a small role in Martin Scorsese's The Wolf of Wall Street.

Her article described the leading character Jordan Belfort as sounding like a twisted version of Robin Hood who takes from the rich and gives to himself and his merry band of brokers.

Khalaf, from Lebanon, will join Katharine Viner at the Guardian as one of the few women to edit major newspapers in Britain and one of few leading female editors in the world after Jill Abramson left the New York Times.

Before joining the FT in 1995, Khalaf worked at Forbes in New York and earned a master's at Columbia University and graduated from Syracuse University.

Tsuneo Kita, chairman of Japan's Nikkei which bought the FT from Pearson in 2015, said in a statement Khalaf was chosen for her sound judgment and integrity. "We look forward to working closely with her to deepen our global media alliance."

Nikkei's Kita described Barber as a strategic thinker and true internationalist, adding he was very sad to see him leave.

"However, both of us agree it is time to open a new chapter," he said.

During his time as editor Barber engineered a successful push into online subscription that protected the title as others battled an unprecedented collapse in advertising revenue, as well as managing the move to a new owner.