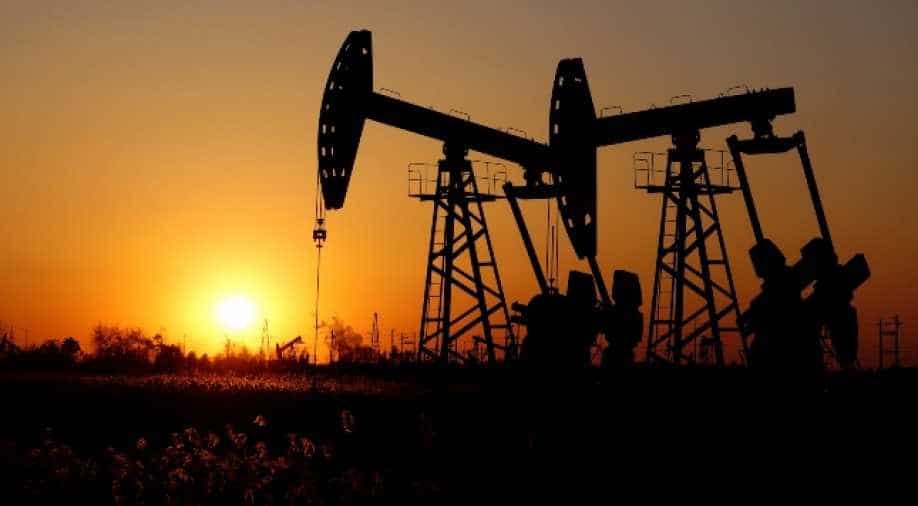 Oil prices rose on Wednesday, with US crude gaining 1.3% after an industry report showed stockpiles in the United States, the world's biggest oil user, fell more than expected, easing worries about economic growth due to the China-US trade war.

The US government's weekly report is due Wednesday morning and if the official numbers confirm the API data then it will be the biggest weekly decline in nine weeks.

"The mammoth crude inventory draw has, at least for the time being, put to rest those US recessionary doom and gloom fears that have been hanging over oil markets like a dark cloud," said Stephen Innes, managing partner at Valour Markets.

Still, concerns about global growth amid the raging trade war between the United States and China, the world's two biggest crude oil consumers, are likely to cap gains.

US President Donald Trump said on Monday that he believed China was sincere about wanting to reach a deal, while Chinese Vice Premier Liu He said China was willing to resolve the dispute through "calm" negotiations.

On Tuesday, however, concerns about trade resurfaced after China's foreign ministry said it had not heard of any recent telephone call between the United States and China on trade, and that it hopes Washington can stop its wrong actions and create conditions for talks.

Crude oil prices have fallen about 20% from 2019 highs hit in April, partly because of worries that the US-China trade war is hurting the global economy and could dent oil demand.

"Global recession risks are higher than at any stage since the (global financial crisis) and the US is not immune," Morgan Stanley said.

China's Commerce Ministry last week said it would impose additional tariffs of 5% or 10% on 5,078 products originating from the United States, including crude oil, agricultural products and small aircraft.

In retaliation, Trump said he was ordering US companies to look at ways to close operations in China and make products in the United States.

US billionaires get richer during coronavirus pandemic, combined wealth soar by half a trillion

OPEC+ to meet on Saturday on extending cuts, pushing for compliance