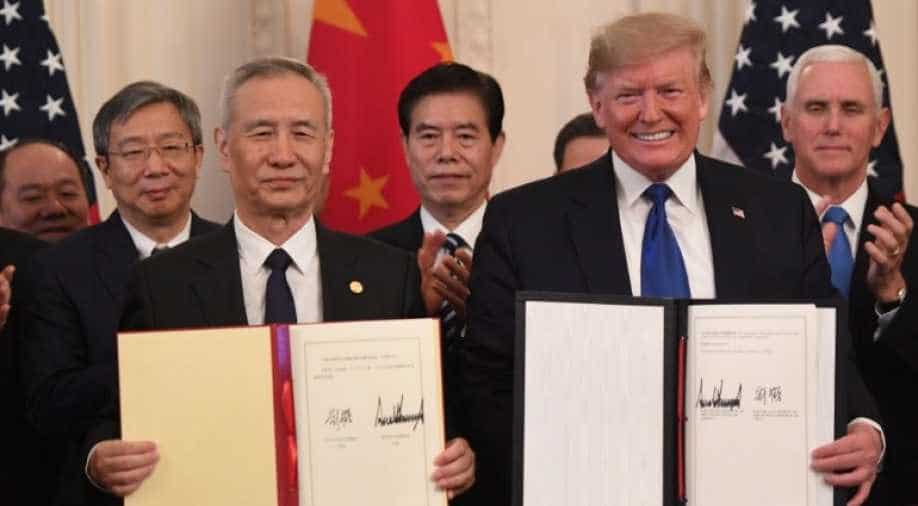 Chinese Vice Premier Liu He and US President Donald Trump (r) displat the signed trade agreement between the US and China Photograph:( AFP )

Oil rose about 1% as progress on another major trade deal fed optimism that energy demand will grow in 2020, which offset bearish market comments from the International Energy Agency.

The US Senate approved a revamp of the US-Mexico-Canada Free Trade Agreement a day after the signing of the Phase 1 trade deal between the United States and China.

Oil rose about 1% on Thursday, as progress on another major trade deal fed optimism that energy demand will grow in 2020, which offset bearish market comments from the International Energy Agency.

The deal that the Senate approved was a revamp of the 26-year-old North American Free Trade Agreement. A day earlier, US and Chinese leaders signed the Phase 1 trade deal calling for the world's largest energy importer to buy $50 billion more of US oil, liquefied natural gas and other energy products over two years.

However, analysts warned that China might struggle to meet the target and said oil prices could be volatile until more details emerge.
Trade sources said sharply higher Chinese purchases of US energy products as part of the China-US trade deal will shake up global crude oil trade flows if American supplies squeeze rival crudes out of the top oil import market. 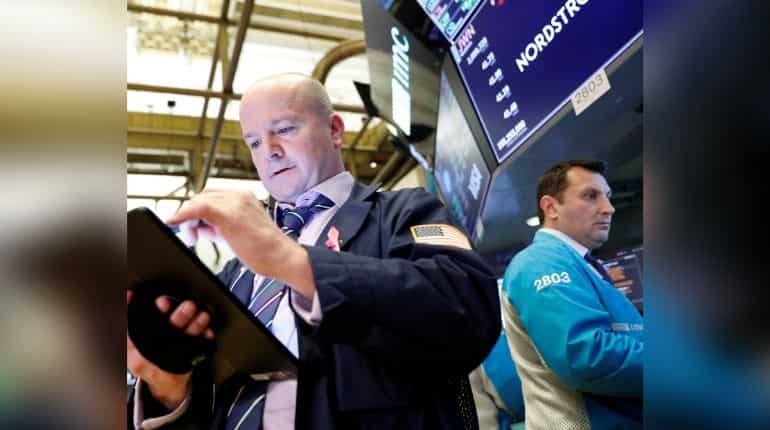 [ (Traders work on the floor at the New York Stock Exchange (Courtesy: Reuters) ]

"We had the US-China trade deal yesterday - signed and sealed. And now you got the US-Mexico trade going through the senate. So I think the optimism surrounding the demand is rising exponentially right now," said Phil Flynn, an analyst at Price Futures Group in Chicago.

The oil benchmark prices were also supported by a report from the Federal Reserve Bank of Philadelphia showing strong manufacturing activity in the US Mid-Atlantic region and as Wall Street stock indexes scaled new records. The S&P 500 touched a record high.

Price gains were capped earlier as the International Energy Agency (IEA) said it expected oil production to outpace demand for crude from the Organization of the Petroleum Exporting Countries (OPEC), even if members comply fully with a pact with Russia and other non-OPEC allies to curb output.

However, Flynn believes the agency may be underestimating the potential demand boost from the US-Mexico trade accord and the US-China trade deal.

UBS said in a note "provided Middle East tensions do not intensify and cause production disruptions, Brent should decline toward the bottom of a $60–65 per barrel trading range in 1H20 before recovering to the top of it in the second half of the year".