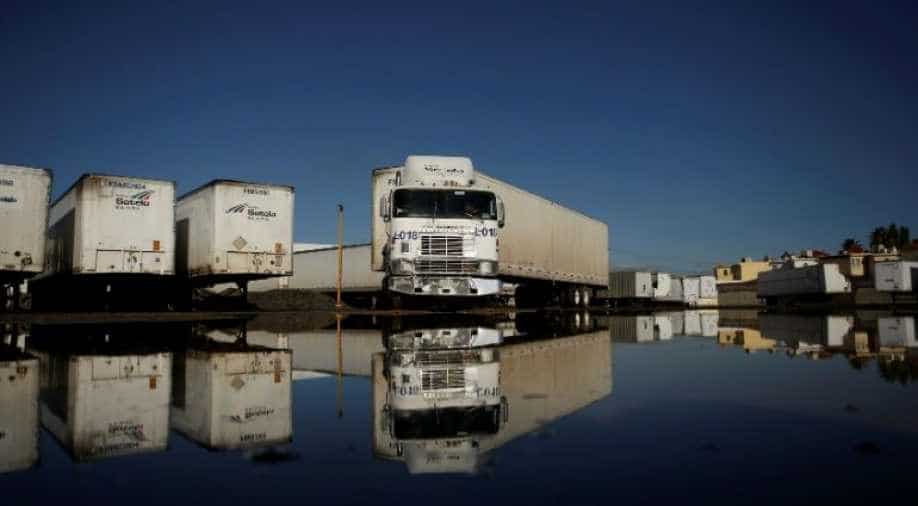 A trailer loaded with goods is pictured at the freight shipping company Sotelo, which transports goods between Mexico and the United States, in Ciudad Juarez, Mexico, December 10, 2019. Photograph:( Reuters )

After the initial euphoria had subsided, Mexican business leaders emerged bruised and resigned to a new stricter trade deal with the United States and Canada that could usher in more intrusive enforcement of labor rules in Mexico.

Moises Kalach, a leader of the CCE business lobby, which represented Mexico's private sector in the negotiation of the US-Mexico-Canada Agreement (USMCA) that will replace the 1994 North American Free Trade Agreement (NAFTA), said that businesses felt sidelined.

USMCA was signed more than a year ago to replace NAFTA, but Democrats controlling the US House of Representatives insisted on major changes to labor and environmental enforcement before bringing it to a vote.

In an unusual display of bipartisan and cross-border cooperation in the Trump era of global trade conflicts, top officials from Canada, Mexico, and the United States on Tuesday signed a fresh overhaul of the quarter-century-old trade pact.

Some Mexican business groups bemoaned a lack of clarity and conflicting information on how the rules would actually be enforced under the deal, the text of which has not been made public.

Gustavo Hoyos, president of employers federation Coparmex and a vocal critic of President Andres Manuel Lopez Obrador, said: "up to now virtually no one but government officials have seen the deal's fine print". He called the government "a bad negotiator."

Others were more positive.

"There were many things we would have liked to have seen but in general we can say this deal is very beneficial for Mexico, it will bring investment to the country and I have no doubt will make the North American region more competitive," said Antonio del Valle, head of the Mexican Business Council.

The deal included a new mechanism under which the United States and Canada can create panels of labor experts to investigate union complaints at Mexican factories.

The experts will be able to penalize goods and services exported from that plant if violations of the freedom to organize or collectively bargain are detected, Canada and the US House Ways and Means Committee said.

Mexico's chief negotiator Jesus Seade sought to play down the impact of such "rapid panels," saying he had fended off US union demands to place foreign labor inspectors in Mexican factories.

The rapid panels would be formed after three months and only in response to repeated complaints and they would be selected from a roster of experts, including one from each country involved in the dispute and one chosen by a third party, Seade said.

The Mexican official denied there would be anything like foreign labor inspectors in Mexico.

Canada said that, under the new deal, the burden of proof has been reversed, in that failure to comply with an obligation in the chapter is now presumed to be "in a manner affecting trade or investment between the parties," unless the defending party can demonstrate otherwise.

"If I'm reading this correctly now the country defending itself is guilty until proven otherwise," said a former senior Mexican USMCA negotiator.

"This can become an incentive to block trade you just gave the US an instrument to impose tariffs and close markets because it is going to be accusing you of not complying with your labor standards."

Duncan Wood, director of the Wilson Center's Mexico Institute in Washington, said: "that while the word 'inspections' has been avoided, 'facility-based enforcement' and in-country 'labor attaches' will raise the specter of foreign interference for some in Mexico."