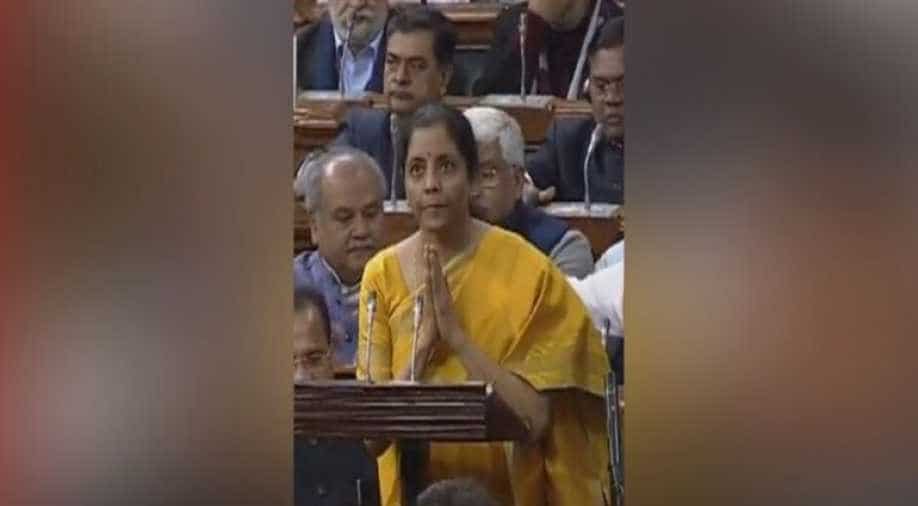 Budget 2020-21: GST has been gradually maturing into a tax that has integrated the country economically, the finance minister added.

Union finance minister Nirmala Sitharaman presented the Budget for the second time in her tenure on Saturday.

"GST has been the most historic step taken by the government," Sitharaman said. "India transitioned from a multi-system indirect tax regime to a "simplified GST"," the minister added.

"India is now the fifth-largest economy in the world," the minister said.

"GST has been gradually maturing into a tax that has integrated the country economically," the finance minister added.

The finance minister said the Union Budget has been based on aspiration, development and compassion.

*NABARD to map and geo-tab 162 mn tonne capacity agricultural warehouses across the country.

*Krishi Udaan to be launched by Civil Aviation Ministry to transport agri-products to national as well international destinations.