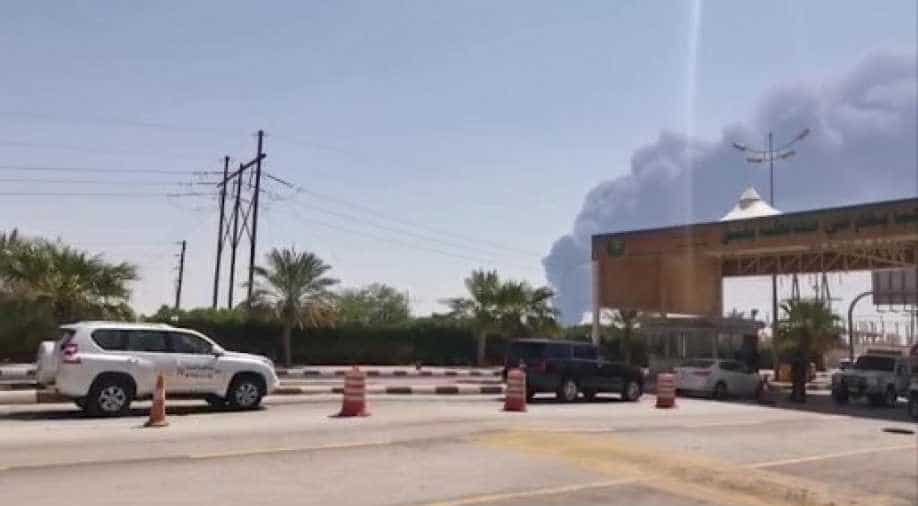 Saudi Arabia is the world's biggest oil exporter and the attack on Aramco's crude-processing facilities at Abqaiq and Khurais has cut output by 5.7 million barrels per day.

Oil prices surged nearly 20 per cent at one point on Monday, with Brent crude posting its biggest intraday gain since the Gulf War in 1991, after an attack on Saudi Arabian oil facilities at the weekend halved the kingdom's production.

Prices came off their peaks after US President Donald Trump authorised the use of his country's emergency stockpile to ensure stable supply.

Saudi Arabia is the world's biggest oil exporter and the attack on state-owned producer Saudi Aramco's crude-processing facilities at Abqaiq and Khurais has cut output by 5.7 million barrels per day. The company has not given a timeline for the resumption of full output.

"To take out over 5 per cent of global supply in a single strike - a volume exceeding cumulative non-OPEC supply growth over 2014-2018 - is highly worrying," UBS analysts said in a note.

"The departure of US National Security Advisor John Bolton last week was interpreted by many as a reduction in political risk - this event may be significant magnitudes more consequential."

Trump said he had approved the release of oil from the US Strategic Petroleum Reserve if needed in a quantity to be determined.

Trump also said the United States was "locked and loaded" for a potential response to the attack.

Major importers of Saudi crude, such as India, China and Indonesia, will be the most vulnerable to the supply disruption.

Saudi oil exports will continue as normal this week as the kingdom taps into stocks from its large storage facilities, an industry source briefed on the developments told Reuters.

South Korea said it would consider releasing oil from its strategic reserves if circumstances worsened in the wake of Saturday's attacks.

The attack on plants in the heartland of Saudi Arabia's oil industry, including the world's biggest petroleum-processing facility at Abqaiq, came from the direction of Iran, and cruise missiles may have been used, a US official said.

Saudi Arabia is set to become a significant buyer of refined products after the attacks, consultancy Energy Aspects said.

US gasoline futures rose as much as 12.9 per cent, while US heating oil futures gained 10.8 per cent. China's Shanghai crude futures rose to their trading limit gaining 8 per cent at the open.