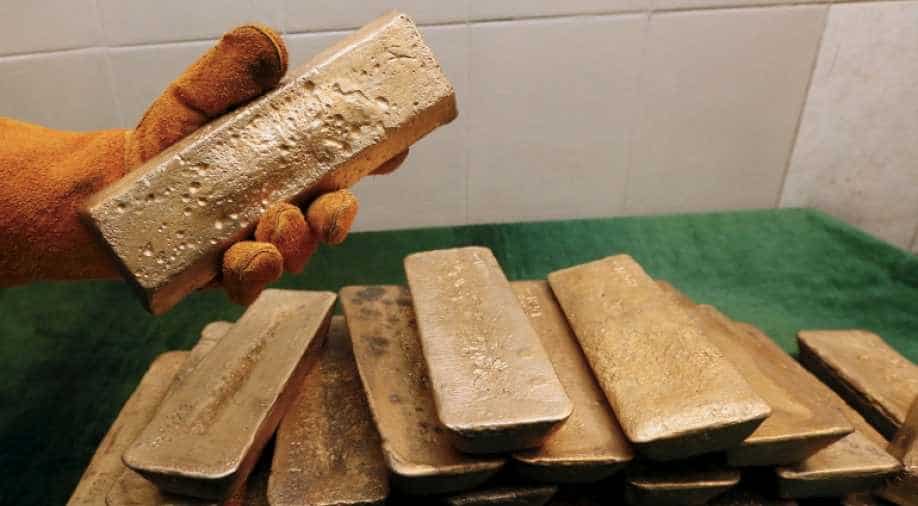 Gold prices rose to their highest in more than two months on Monday in thin year-end trading as the dollar dipped and US military strikes in the Middle East drove investors towards the safe-haven metal.

"We are looking at pre-positioning for next year and a rebalancing of portfolios ahead of year-end, overlaid with very low liquidity levels, that are essentially exacerbating the volatility and making these moves appear exaggerated," said Ilya Spivak, a senior currency strategist at DailyFx.

Gold is receiving modest support from the US airstrikes in the middle east, Spivak added.

The US military on Sunday carried out successful airstrikes in Iraq and Syria against an Iran-backed militia group, spurring market uncertainty and geopolitical tensions.

Gold is considered a safe investment in times of geopolitical and economic uncertainty.

Further helping gold, the dollar slipped against a basket of rivals, making gold cheaper for holders of other currencies.

Gold prices have risen about 18 per cent this year and we're on track for its best year since 2010, mainly due to the 17-month-long Sino-US tariff war and its impact on global economic growth.

"But from a pure macro and risk perspective, it currently makes little sense for gold to be trading above $1,500/oz. The surging equity market and higher gold prices seldom, if ever, exist in the same time frame and simultaneously moving higher," said Stephen Innes, a market strategist at AxiTrader in a note.

On the trade front, China's Commerce Ministry on Sunday said it has "proactively dealt with" trade frictions with US this year.

Market participants, however, remained wary even after Washington and Beijing have made progress in their tariff dispute and official ratification of an initial trade deal was close.

Indicative of investor sentiment, holdings of the world's largest gold-backed exchange-traded fund, SPDR Gold Trust, rose 0.1 per cent to 893.25 tonnes on Friday, the highest since November 29.