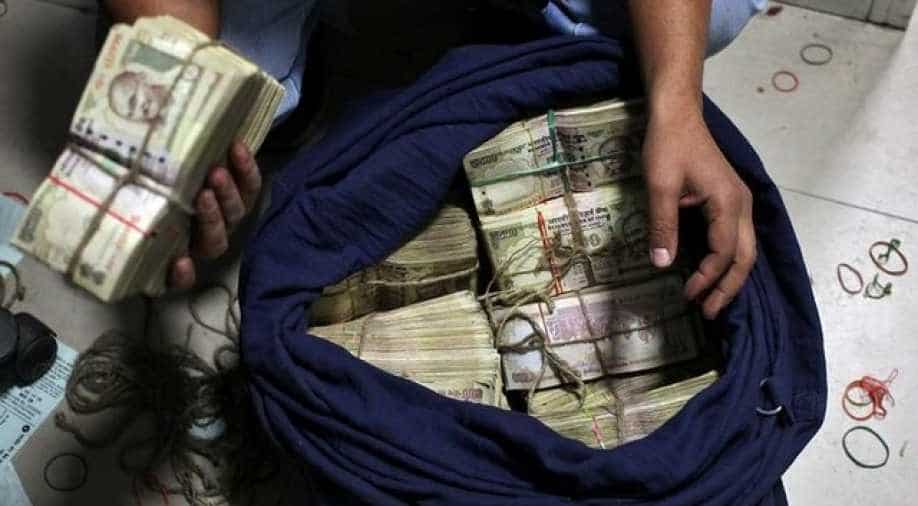 The federal government is pulling out all stops to plug loopholes in the system. Photograph:( Reuters )

The Indian government is looking to enshrine new laws to crack down on people who have deposited undisclosed income post the announcement of demonetisation.

India's Finance Minister Arun Jaitley introduced a Bill on Monday to amend the Income Tax Act -- it seeks to impose a 50 per cent tax on cash deposits that is above a certain limit, which is yet to be specified.

Further, people with unaccounted wealth who are caught by taxmen in raids will have to pay a 70 per cent tax and a 15 per cent penalty. A 30 per cent penalty will be imposed if the source of the undisclosed cash cannot be explained.

The amended Bill also proposes that declarants would have to deposit 25 per cent of the unaccounted cash deposited into a scheme, which will be used to upgrade the country's infrastructure such as irrigation, primary education, primary health and housing projects.

The federal government is pulling out all stops to plug loopholes in the system as critics of the demonetisation plan say the purpose of the entire move will be defeated if people can legalise unaccounted cash through proxy bank accounts.

In recent days, there has been an unprecedented surge in cash deposits in zero-balance bank accounts. Indian media reports suggest that roughly Rs 21,000 crore (roughly $ 3 billion) has been deposited ever since the Indian government made the sudden announcement to annul mid to high-value bank notes.

The Bill is likely to become law in the next few weeks if the lower house of the Parliament functions smoothly and the opposition decides to end their protests.

The Indian government had announced the scrapping of Rs 500 and Rs 1,000 notes on November 8.