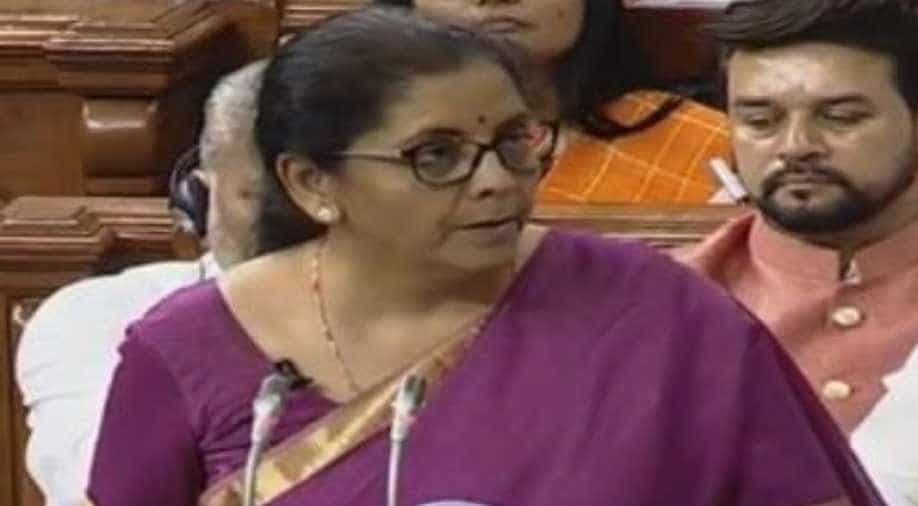 During the Budget speech, finance minister Nirmala Sitharaman said India's sovereign external debt to GDP was among the lowest globally at less than 5 per cent.

"The fiscal deficit this year is 3.3 per cent, brought down from 3.4 per cent," Sitharaman said.

"More than 120 crore Indians now have Aadhar card, therefore for ease of taxpayers I propose to make PAN card and Aadhar card interchangeable and allow those who don't have PAN to file returns by simply quoting Aadhar number and use it wherever they require to use PAN," the finance minister said.

"The government will start raising a part of its gross borrowing program in external markets in external currencies," Sitharaman said during her maiden Budget speech.

"New series of coins of Rs 1, Rs 2, Rs 5, Rs 10, Rs 20 easily identifiable to the visually impaired released by the PM on 7th March 2019. The coins will be made available for public use shortly,' the finance minister said.

Customs duty on gold increased by 2 per cent

Proposal to levy TDS of 2 per cent on cash withdrawal exceeding Rs 1 crore in a year from a bank account.

Easing of Angel tax for startups.

All companies with an annual turnover of Rs 400 crores to now come under the  25 per cent bracket. It will cover 99.3 per cent of all the companies.