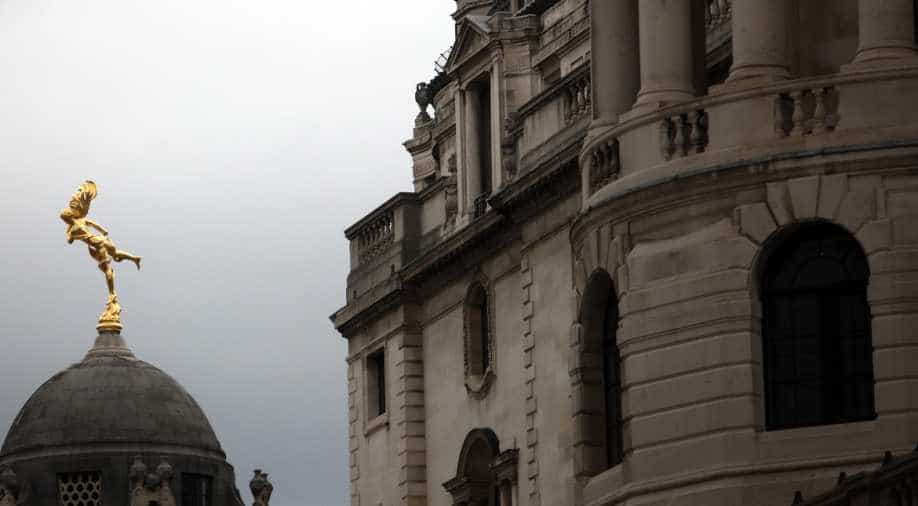 An interest rate cut would help to reassure households and markets following the shock result of the referendum. In photo: The Bank of England. Photograph:( Getty )

Follow Us
The Bank of England (BoE) is mulling whether to cut interest rates for the first time in over seven years to curb economic fallout from Britain`s vote to exit the European Union (EU).

The BoE on Thursday concludes its first interest-rate meeting since Britain voted on June 23 to exit the EU and subsequent comments by governor Mark Carney that "some monetary policy easing will likely be required over the summer".

Jonathan Loynes, economist at Capital Economics research group, said "given that the biggest near-term threat to the economy is uncertainty and its adverse effects on confidence, an interest rate cut could help to re-assure households and markets following the referendum result".

While markets are pricing in a cut as early as this week, some analysts believe a drop in the BoE's main lending rate from 0.50 percent to a new record-low of 0.25 percent or even zero may not now occur until August.

This they say is owing to Theresa May`s quick appointment as Prime Minister having reduced some of the political uncertainty that has gripped Britain since the shock referendum result.

Whether or not a rate cut occurs Thursday or in August, markets expect that by the end of the British summer, the BoE will unveil a fresh means of stimulating the economy, as the government heads into tough negotiations on quitting the EU.

Analysts suggest there could for example be some more cash stimulus pumped around the British economy to encourage lending by commercial banks.

The central bank's quantitative easing (QE) programme, launched alongside record-low interest rates during the global financial crisis, has enabled an additional £375 billion ($494 billion, 445 billion euros) to move through the economy.

BoE has also vowed to pump  £250 billion into markets

The BoE has already taken steps to calm fears over Brexit's economic fallout when it last week relaxed commercial banks' capital requirements to boost lending to businesses and households.

The move -- which came as the bank's governor Mark Carney warned that risks to financial stability were materialising following the referendum result -- will boost lending by up to £150 billion and reduce banks' regulatory capital buffers by £5.7 billion.

Addressing MPs for a regular update Tuesday, Carney said demand for credit was set to drop because of uncertainty created by Brexit, adding that the £150 billion lending-boost would be "part of a series of measures" going forward.

Since Brexit, the BoE has also vowed to pump at least £250 billion into money markets if needed to prevent a damaging credit crunch.

Finance minister George Osborne has meanwhile said that the Treasury could expand the so-called Funding for Lending scheme, which provides cheap finance to banks in exchange for increased lending.

"After all the volatility of the past few weeks, odds have increased sharply that the Bank of England could well cut interest rates" on Thursday, said Michael Hewson, chief analyst at trading group CMC Markets.

"It is this expectation that has helped push the pound to new 31-year lows against the US dollar."

Hewson added, however, that the rate could now remain on hold Thursday as "the political picture has become much more stable".

David Cameron on Tuesday chaired his final cabinet meeting after six years as Britain`s Prime Minister, with incoming premier May preparing to form a new government to negotiate Britain`s exit from the EU.