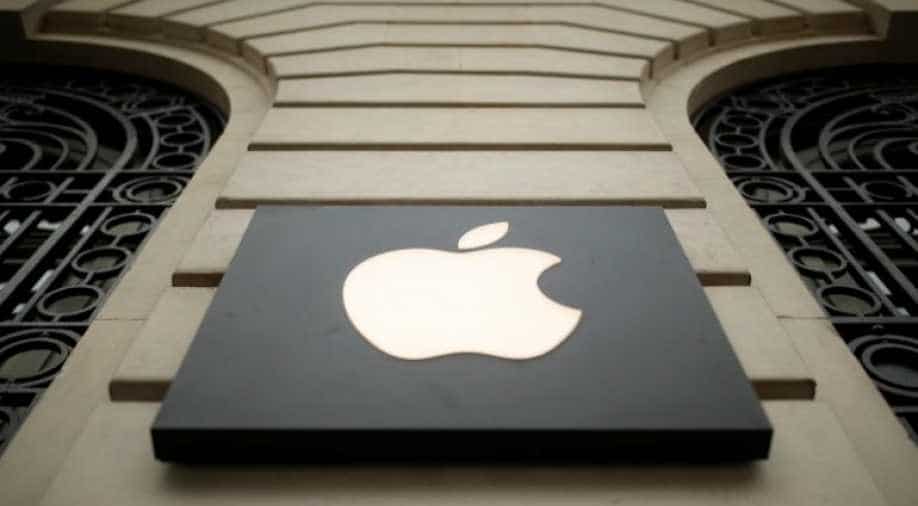 The logo of Apple company is seen outside an Apple store in Paris, France. Photograph:( Reuters )

The exclusions seek relief from 15 per cent tariffs that took effect on September 1.

Apple Inc asked the Trump administration to waive tariffs on Chinese-made Apple Watches, iPhone components, and other consumer products, according to company filings with the US Trade Representative's Office.

The company on Thursday sought tariff exclusions from 11 products, including HomePod speakers, iMac computers, parts for use in repairing iPhones, iPhone smart battery cases, AirPods and others. The public has until November 14 to submit comments on the requests.

Apple told the U.S. Trade Representative's Office the products were consumer electronic devices and "not strategically important or related to 'Made in China 2025' or other Chinese industrial programs."

The exclusions seek relief from 15 per cent tariffs that took effect on September 1.

The company added that "while Fitbit is aware of facilities currently producing such devices in Taiwan and South Korea, these facilities are fully owned by, or otherwise contracted to, Fitbit competitors that use them for their own branded production, rendering them unavailable to Fitbit." Alphabet Inc announced Friday it has reached a deal to acquire Fitbit.

Apple submitted the requests on the first day the Trump administration began accepting them. An Apple spokesman did not immediately comment.

Apple's wearables and accessories business, which includes the Apple Watch, AirPods and HomePod - brought in $24.5 billion in its fiscal 2019 ended in September, or about 9.4 per cent of Apple's revenue. Sales in the segment were up 41% versus the prior year, and the devices have become an important driver of Apple's business as iPhone sales declined for the past four straight quarters.