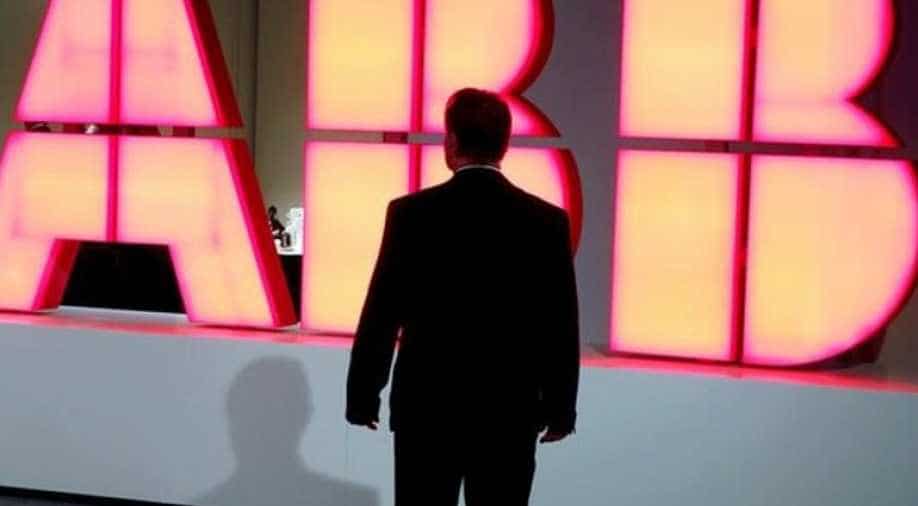 A man stands in front of the logo of Swiss engineering group ABB before a news conference in Zurich, Switzerland. Photograph:( Reuters )

Initially, combining with GE's unit will reduce Electrification Products' margins to below ABB's target of 15-19 per cent, although ABB aims to return to that level by 2020.

Power grids maker ABB has entered into an agreement of $2.6 billion with General Electric's Investment Solution.

ABB will be buying General Electric's Industrial Solution on a bet that it can improve lackluster margins at the unit over the next five years.

Zurich-based ABB sees a potential for cost synergies of $200 million annually after five years with the deal, which includes terms for long-term use of GE's brand.

In 2016, Industrial Solutions had sales of about $2.7 billion, with an operating margin of some 8 per cent.

ABB is wagering on being able to cut costs and boost profitability at the Georgia-based GE business, whose operating earnings before interest, taxes and amortization (EBITA) as a percentage of sales is only about half the 15 percent of ABB's comparable Electrification Products division.

Initially, combining with GE's unit will reduce Electrification Products' margins to below ABB's target of 15-19 per cent, although ABB aims to return to that level by 2020, it said.

"Together with the GE Industrial Solutions team, we will execute our well-established plans in a disciplined way to bring this business as part of the global ABB family back to peer performance," ABB CEO Ulrich Spiesshofer said in a statement.

Products made by the GE unit include circuit breakers, switchgear and power supply equipment used for facilities including data centers.

GE had resumed negotiations to sell the business to ABB after the U.S. industrial conglomerate moderated its price expectations, people familiar with the matter told Reuters in August.