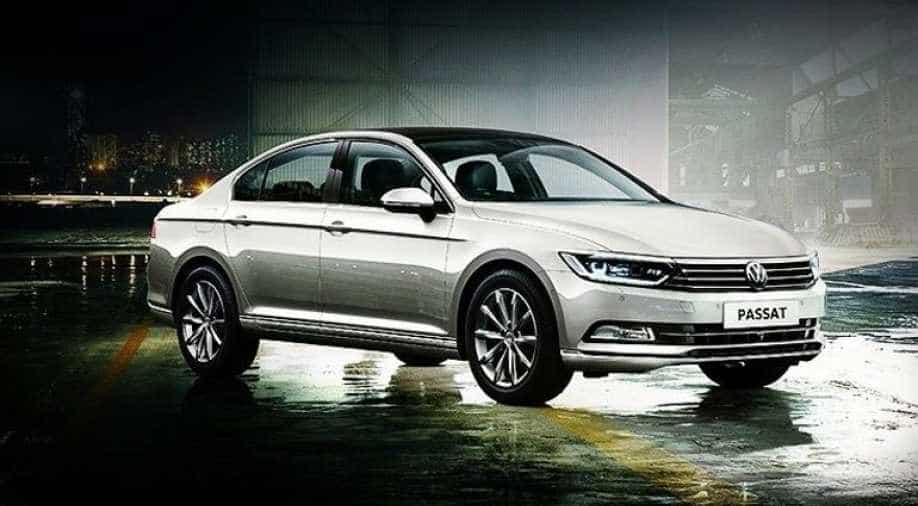 The car will be available in six colour. (Image source: Volkswagen.com) Photograph:( Twitter )

Volkswagen has launched its 2017 Passat in India with a starting price of Rs 29.99 lakh (ex-showroom).

The new Passat is here, pushing the boundaries of engineering and luxury. Yet again.
Know more - https://t.co/Nt4OaH9HdJ#FeelThePresence pic.twitter.com/lDc1HBklDH

The new model is Volkswagen's first sedan in India. It has been designed with Volkswagen's Modular Transverse Matrix (MQB) platform.

This is the first car that comes with nine airbags in its segment.

The car has been adorned with features like Panoramic Sunroof, Nappa leather seat upholstery, reverse camera with a 360 degeree view, park assist and App connect.

The automaker has already started the production of the model at its Aurangabad facility.

Introduced in the International market in 2014, the model has already been on sale in the global market for the past two years.

The new launch from Volkswagen will compete with Toyota Camry, Honda Accord and the Skoda Superb.

While the Passat Comfortline has been launched at Rs 29.99 lakh, the Highline is priced at Rs 32.99 lakh.