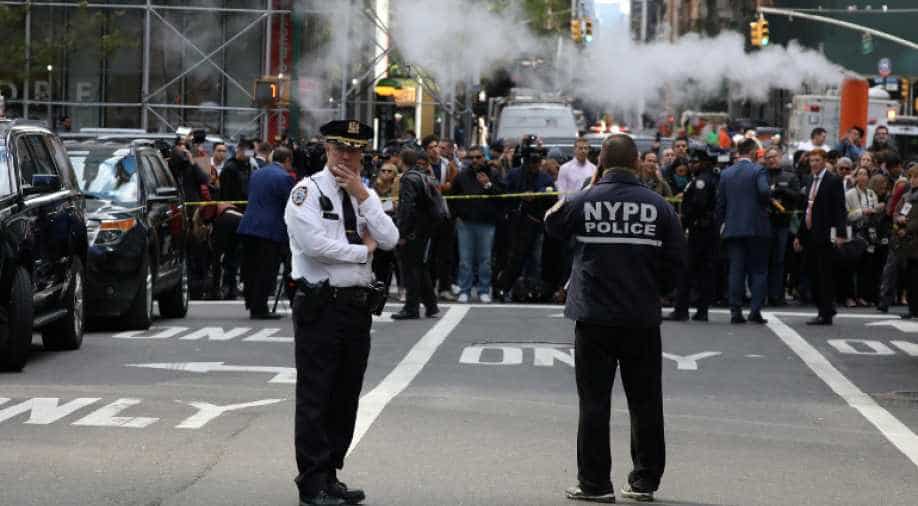 President Trump told a political rally in Wisconsin that his government would conduct "an aggressive investigation."

The CNN bureau in New York also received a package addressed to Brennan leading the New York police to evacuate the Time Warner building in Manhattan.

In addition to the five packages referenced in our earlier statement, we have now confirmed two additional packages, both addressed to Rep. Maxine Waters, that are similar in appearance.

The FBI said all packages contained "potentially destructive devices". The FBI said it will commit full resources towards the investigation to "identify and arrest" whoever was responsible for sending the packages.

The suspicious parcels were intercepted before it reached the intended recipients.

The packages were all similar in appearance and contained potentially destructive devices, the investigating agency said.

"All packages had a return address of Debbie Wasserman," it added.

"The package addressed to former Attorney General Holder did not reach its intended destination, but was rerouted to the return address in Florida," the US investigating agency informed.

"It is possible that additional packages were mailed to other locations," the FBI cautioned.

If you have info that could assist the FBI's investigation of suspicious packages, call 1-800-CALLFBI (225-5324) or go online to https://t.co/iL7sD5efWD. If you observe suspicious activity that requires an immediate response, call 911 or contact local law enforcement immediately.

Meanwhile, President Trump told a political rally in Wisconsin that his government would conduct "an aggressive investigation."

"Any acts or threats of political violence are an attack on our democracy itself," Trump said, adding, "We want all sides to come together in peace and harmony."

The US president added that the media had a responsibility "to stop the endless hostility and constant negative and oftentimes false attacks and stories."

The first package, which turned up on Monday, was addressed to billionaire financier George Soros, a Democratic Party donor.