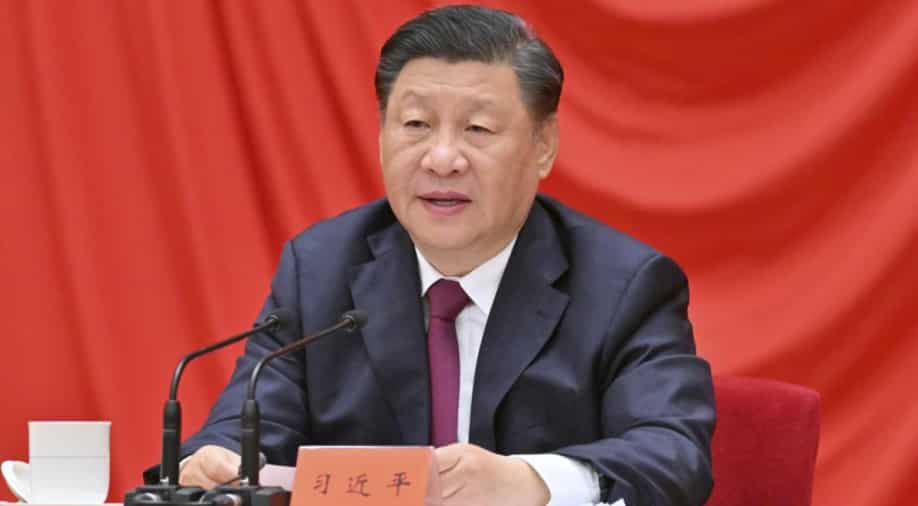 The Chinese President said to reject "small circles", it appeared to be a veiled reference to the Quad and AUKUS

While hosting the BRICS summit on Thursday (June 23), Chinese President Xi Jinping in his opening address called on the five-member grouping (China, Russia, India, Brazil and South Africa) to oppose "the abuse" of sanctions, in an apparent jibe at the United States.

He urged to "reject the Cold War mentality and bloc confrontation, oppose unilateral sanctions and abuse of sanctions, and reject the small circles built around hegemonism by forming one big family belonging to a community with a shared future for humanity."

The same thought was reiterated by Russian President Vladimir Putin, who scolded the West for fomenting the global crisis.

Russia has been slapped with multiple economic sanctions after Russia announced the decision to invade Ukraine this year on February 24.

The Chinese President said to reject "small circles", it appeared to be a veiled reference to the Quad, a grouping of the US, Japan and Australia and India. Quadrilateral Security Dialogue, or Quad, is aimed at countering China militarily and diplomatically in the "Indo-Pacific" region, particularly in the South China Sea.

Apart from the Quad, Beijing has been critical of AUKUS (US, UK, Australia) alliance, alleging that it is aimed at containing China's rise.

Jinping further said that the BRICS has shown resilience and vitality in the current global crisis. He said that over the past year, the world has faced multiple challenges, such as the continued spread of COVID-19, slow-paced world economic recovery and global security issues.

Xi said, "Facing the formidable and complex circumstances, BRICS countries have embraced the BRICS spirit of openness, inclusiveness and win-win cooperation, enhanced solidarity and coordination and jointly tackled the challenges."

"The BRICS mechanism has demonstrated resilience and vitality. BRICS cooperation has achieved sound progress and results," he said in his speech posted on the website by the Chinese Foreign Ministry.