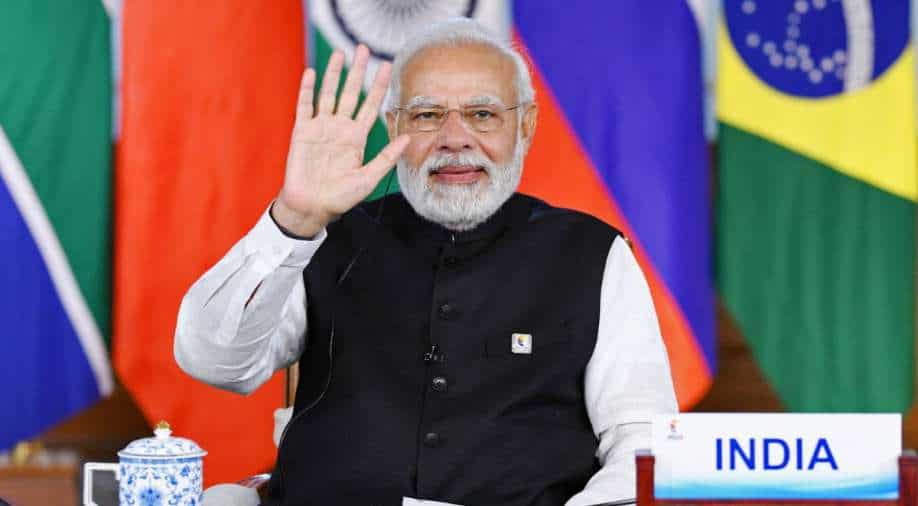 The Indian Prime Minister said that there're multiple areas wherein through cooperation between BRICS nations, the citizens have benefitted

Indian Prime Minister Narendra Modi weighed in on the global post-pandemic recovery while addressing the 14th BRICS summit on Thursday (June 23). PM Modi said that the BRICS member nations have a similar approach to the governance of the global economy. He added that cooperation between the countries can make a useful contribution to economic recovery in the aftermath of coronavirus (COVID-19).

"Our mutual cooperation can make a useful contribution to the global post-Covid recovery," said PM Modi, adding that the structural changes undertaken in the BRICS in the last few years increased the influence of the grouping.

PM Modi said that it is a matter of happiness that membership of the New Development Bank (NDB) has increased. "I am confident that our deliberations today will produce suggestions to further strengthen our ties," he said.

On Wednesday, at BRICS Business Forum, PM Modi said that the Indian economy is expected to grow by 7.5% this year. He said that the country's success is based on technology-led growth with innovation and startups.

He said that this year India is expecting 7.5% growth, which makes the country the fastest-growing major economy. As per the Prime Minister, transformative changes are taking place in every sector of emerging "New India".