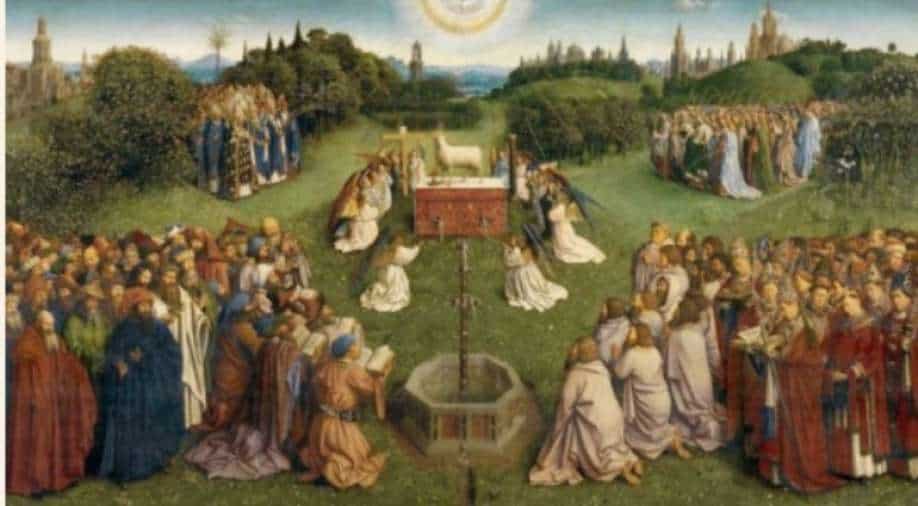 In its 588-year-long history, the Ghent Altarpiece has been stolen by multiple parties in different historical junctures

The most stolen art piece of all time known as “Hubert and Jan van Eyck’s Adoration of the Mystic Lamb” is now safe in a glass-home worth €30m. The art work is also known as Ghent Altarpiece, and is being kept at the St Bavo’s Catherdal in Ghent, Belgium.

Who's behind the sought-after work?

The painting has undergone extensive preservation work over the last seven years, and the new arrangement will help visitors get a better a look at the coveted artwork, while ensuring it is better preserved. The cathedral can get as cold as 2 degree Celsius during winter months. On other days, it receives a lot of sunlight. Both these things could hamper its preservation.

The artwork has seen it all

But there are bigger concerns regarding the safety of this painting. In its 588-year-long history, the Ghent Altarpiece has been stolen by multiple parties in different historical junctures. It was almost destroyed by Calvinists, stolen by Napoleon, mutilated by the hands of a Prussian King, and also got into the hands of Adolf Hitler.

It was almost lost to an explosion in Austria, but was rescued by commando agents. The painting has undergone a lot of hard time, and one of its 12 panels remains missing, which can be attributed to a heist in April 1934. Even now, the safe keepers are wary of imminent threat, which is why they’ve installed large security doors to enable easy evacuation of the panels in case of emergencies.