Women in China are caught between tradition, no political voice 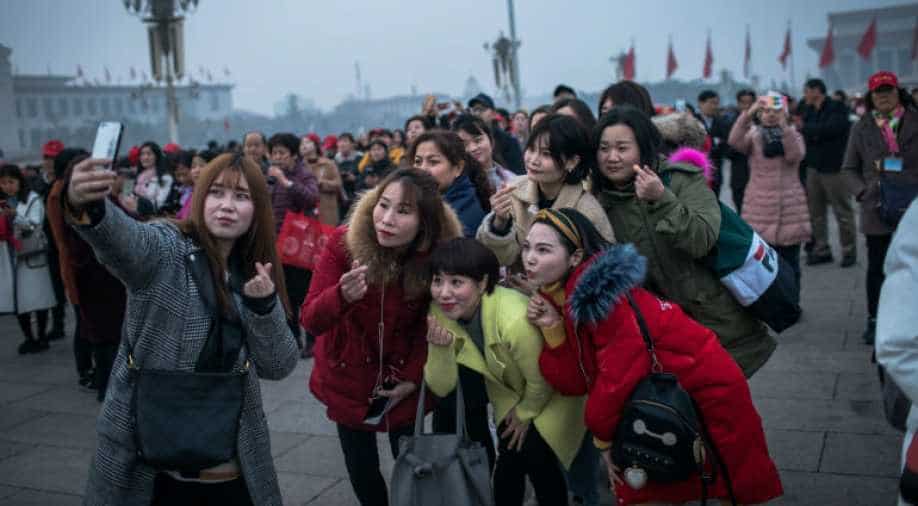 Chinese women pose for a picture as they wait for the Chinese flag rising ceremony at Tiananmen Square on March 5. Photograph:( Agencia EFE )

Women are also not represented enough in politics as China's traditional society believes that men are more powerful than women.

China might be trying hard to show the world that its women are the driving force of its economy, but gender equality is a far cry in the country, where women are still struggling to be taken seriously.

Shanghai Women's Federation's Vice President, Wen Wen Lei said that in China, men are considered to be breadwinners, while women are expected to look after the home and family.

It would require more time to change such a traditional mindset, she added.

Women are also not represented enough in politics as China's traditional society believes that men are more powerful than women and should be the ones to govern the country.

She said that since almost 70 years ago when the People's Republic of China was founded, gender equality has been one of the most important national policies and while the situation has improved a lot since then, there's still a long way to go.

"China's (103) progress towards gender parity has slowed this year," said WEF in its report.

One of the most worrisome aspects, according to Wen, is the inequality at work as she explained that companies do not want to hire more women, especially those in the child bearing age.

To combat this problem, the government had introduced a new law to curb workplace discrimination against women.

It prohibits employers to ask questions regarding women's marital status, whether they have children or whether they plan to have children in future, and bans companies to carry out pregnancy tests during the selection process, practices which have been prevalent until now.

Wen also pointed out that the government had brought in a law to address domestic violence three years ago, although a majority of victims do not speak up as they consider domestic abuse to be a private matter.

China also has a long way to go as far as representation of women in politics goes.

No woman has ever led the Communist Party of China, and currently there's only one woman among the 25 members of its Politburo.

Author of "Lotus" - a book that talks about prostitution, based on extensive research - Zhang Lijia, said that the CPC was sexist.

Zhang added that Chinese women are being left behind in terms of political participation and the salary gap between men and women is becoming wider.

According to the United Nations Development Programme, among the members of the decision making bodies of the Chinese government, only 24.2 per cent are women.

China must guarantee a minimum quota for women in the National Assembly, which continues to have very few women representatives, Zhang says.

The CPC, she adds, took a concrete step to improve women's lives in the 1950s, when it abolished child marriage and introduced the right to education and work, but after that gender equality has not been prioritised.

According to Zhang, if China wants to improve the lives of women, it will first need to accord them equal status in society and politics.